103 years pass since the genocide committed by Armenians against Azerbaijanis | Eurasia Diary - ednews.net

103 years pass since the genocide committed by Armenians against Azerbaijanis 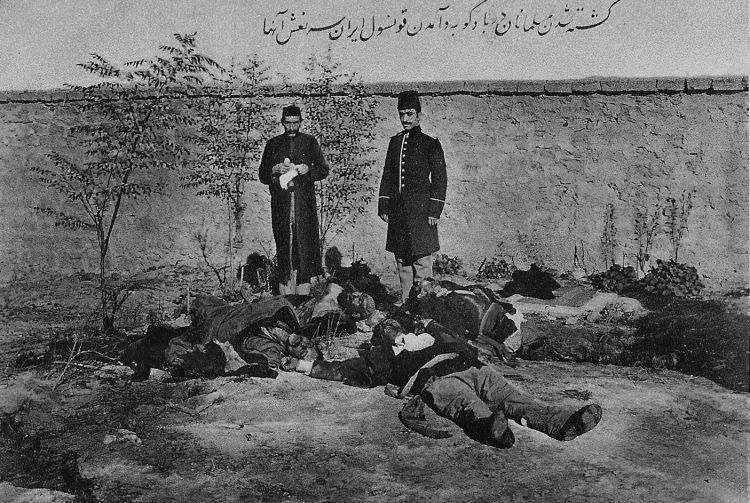 A hundred three years have passed since the genocide committed against Azerbaijanis by Armenian Dashnaks together with Bolsheviks.

The massacre that started in Baku on 30 March 1918 resulted in the deaths of 20,000 civilians, including women, children and elderly people.

During the massacre that lasted to April 2, Armenian Bolsheviks led by Stepan Shaumian killed thousands of people, burnt Muslim shrines and confiscated the 400-million-manat estate of Baku residents. Tezepir Mosque was bombed, and one of the magnificent architectural buildings - Ismailiyyeh was burnt.

The policy of genocide against Azerbaijanis was not limited to only Baku.

The Special Investigation Commission, set by the Azerbaijani Democratic Republic on 15 July 1918, collected plenty of documents and submitted them to the government.

In 1919 the Azerbaijani Parliament declared March 31 the Day of Genocide of Azerbaijanis.

Though this bloody day was forgotten during the Soviet period, a series of investigations were carried out into the crimes committed on 31 March 1918, and numerous books were published after Azerbaijan gained its independence.

President Heydar Aliyev signed a decree on 26 March 1998 to declare March 31 as the 'Day of Genocide of Azerbaijanis'.

Every year on March 31 events and conferences are held in various countries to commemorate the Day of Genocide of Azerbaijanis.