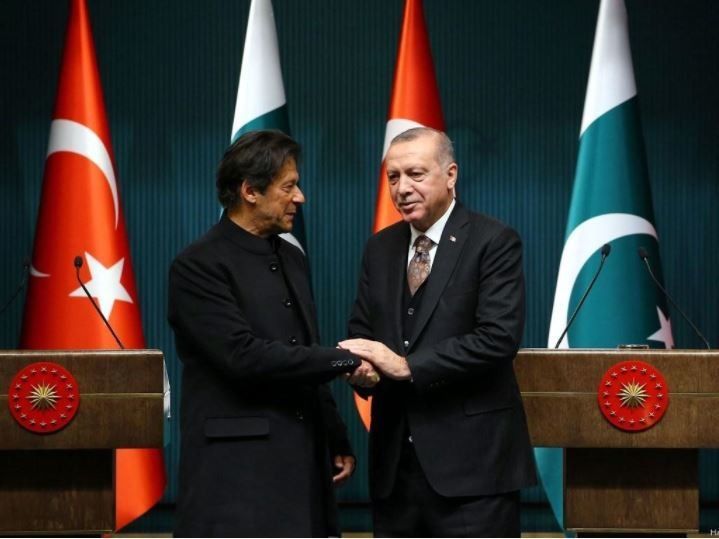 Pakistan and Turkey have agreed to continue the momentum of high-level exchanges between them to transform bilateral relations into strategic economic partnership.
In a phone call on Thursday, Prime Minister Imran Khan and Turkish President Recep Tayyip Erdogan discussed issues of mutual interest, including further strengthening of bilateral relations in all areas.
During their phone call, the PM said that Pakistan had fully supported and facilitated the US-Taliban peace agreement. Stressing the importance of a negotiated political settlement ahead of the recently announced planned US withdrawal, the PM said that the Afghan leadership must seize the opportunity 'to achieve an inclusive, broad-based and comprehensive political settlement'.
The premier appreciated Turkey’s role and said that Pakistan will continue to extend all possible support to the efforts for a political solution for durable peace in Afghanistan.
President Joe Biden has announced that the US troops will be withdrawn from Afghanistan starting May 1. "I am now the fourth American president to preside over an American troop presence in Afghanistan. Two Republicans. Two Democrats," Biden said. "I will not pass this responsibility on to a fifth."