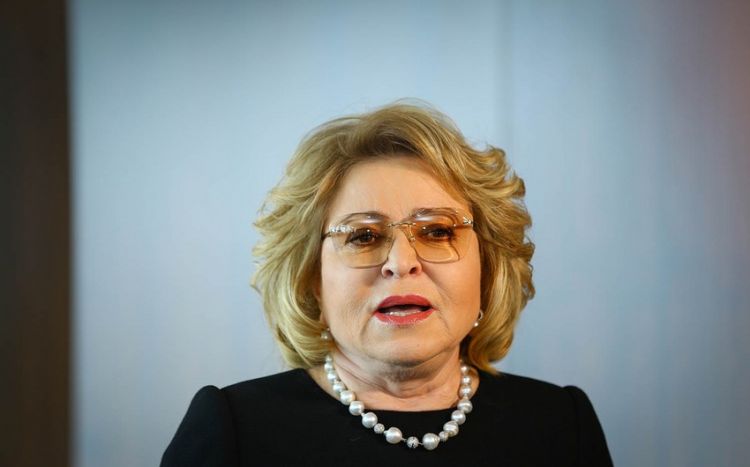 “We all understand how important it is to use the CIS IPA (Interparliamentary Assembly) platform to establish interparliamentary ties and strengthen friendly relations between our countries and in the CIS space. Holding a parliamentary dialogue is a sign of friendly and effective relations between Azerbaijan and Russia,” Chairperson of the Federation Council of the Russian Federal Assembly Valentina Matvienko said during a meeting as part of the 52nd plenary session of the CIS IPA in St. Petersburg.

“We warmly welcome the initiative of the Azerbaijani president aimed at raising the level of Russian-Azerbaijani relations to allied ties. Though the pandemic had an impact on mutual trade, our economy and investments are developing well. The potential of our countries in the development of economic relations is very large,” said Matvienko.