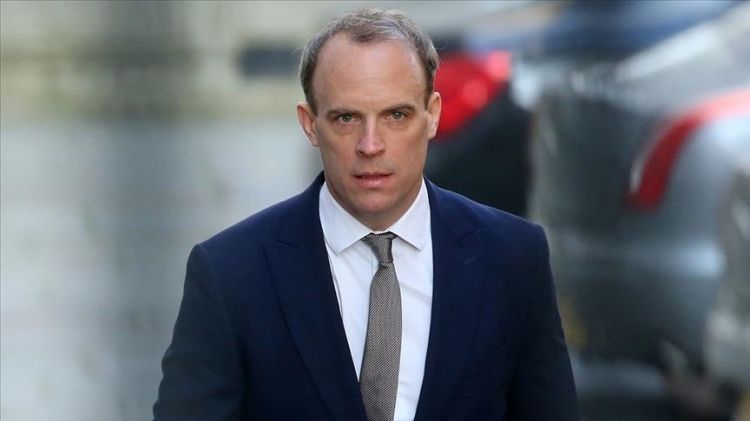 Britain on Sunday said it “stands in full support” of Czech allies who have expelled 18 Russian diplomats for alleged links to a 2014 explosion that killed two people.
A government statement said the two GRU (Russia’s Main Intelligence Directorate) officers who were charged with the attempted murder of Sergei Skripal and his daughter in Salisbury in 2018, were also behind the explosion in Czech town of Vrbetice.
British intelligence had accused Russian citizens Alexander Petrov and Ruslan Boshirov, and charged them for the Novichok attack in Salisbury.
“The UK stands in full support of our Czech allies, who have exposed the lengths that the Russian intelligence services will go to in their attempts to conduct dangerous and malign operations in Europe,” British Foreign Secretary Dominic Raab said.
“This shows a pattern of behaviour by Moscow, following the Novichok attack in Salisbury.”
Offering his sympathies to Czech victims of 2014 explosion, Raab said the UK is “as determined and committed as ever to bring those responsible for the attack in Salisbury to justice, and commend the actions of the Czech authorities to do the same."
"Russia must desist from these actions, which violate the most basic international norms,” he added.
The Czech Republic expelled 18 Russian diplomats for alleged links to an explosion in 2014, Prime Minister Andrej Babis announced on Saturday.
There is clear evidence that the Russian diplomats were linked to Russian secret agents and were involved in the 2014 explosions of an ammunition depot in the South Moravian Region, Babis said.
The explosion killed two people and hundreds were evacuated from the region.
Deputy Prime Minister Jan Hamacek conveyed the decision to the Russian Embassy in Prague and President Milos Zeman has been informed, he said.
The diplomats were asked to leave the country within 48 hours.