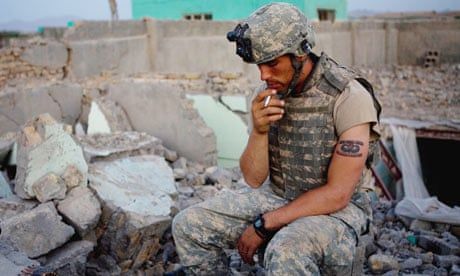 On May 14, a mosque in the northern suburb of Kabul, capital of Afghanistan, was attacked, leaving at least 12 dead and more than 15 injured. Less than a week earlier, a series of bombings took place near a school in Kabul that left over 50 killed and 100 injured. Ever since the Biden administration announced on April 14 its plan to withdraw troops from Afghanistan, the overall security in the country has kept worsening with frequent attacks on civilians and civil facilities.
Generally speaking, America’s anti-terror strategy since it waged the Afghan War has proved a failure. It relies too heavily on military operations but does little to push economic and social development; its export of democracy has destroyed the stability of the traditional Afghan society, and its use of UAVs to replace ground forces has created new opportunities for terrorist activities even though it has reduced casualties of American soldiers.
Yet Washington has arbitrarily announced that it had basically achieved all its anti-terror goals and therefore insisted on pulling its troops out of Afghanistan regardless of the international community’s serious concerns that such a hurried decision may lead to a resurge of terrorism. Having neither uprooted terrorist organizations nor restored peace in Afghanistan, the US just packed up and pulled out, leaving all the mess and ruins to the regional countries and the Afghan people. This is highly irresponsible. America’s consistent pursuit of narrow-minded national interests and practicality is fully demonstrated in its attitude toward Afghanistan.
First of all, Biden has, to a large extent, continued his predecessor’s “America first” policy. American decision-makers find it unnecessary to keep a presence in Afghanistan because the terrorist forces there, though not eliminated thoroughly, are unable to launch any terrorist operation against the US homeland anymore. In their eyes, the national strategy is nothing but a cold and callous calculation of cost – they are withdrawing the troops because the US invests too much there and gets too little, making Afghanistan a lousy deal. Such calculations only consider American interests without the slightest concern for the security and welfare of the Afghanis.
Second, the US puts its counter-terror responsibility below the political interests of the so-called major-power competition. Biden said they should pull troops from Afghanistan to concentrate on other priorities, implying Russia and China, and US Secretary of State Blinken publicly linked the withdrawal with the so-called China-US strategic competition. This fully demonstrates that the US only considers counter-terrorism its responsibility when it directly concerns its own security. The only reason the American military carries out overseas operations is to maintain American hegemony – international humanism is never on their map.
Third, withdrawing troops from Afghanistan exposes America’s “pseudo-multilateralism”. When the UN Security Council adopted the resolution on combatting terrorism back in the years, the US sent troops to Afghanistan under the banner of “counter-terrorism”; but now it cannot wait to pull out to avoid getting mired in the Afghan War, fully proving that international multilateral mechanism is nothing but a tool to lend legitimacy to its sending of troops and waging of wars. The US unilaterally decided to pull the troops without consulting with regional countries, but those countries have to be responsible for Afghanistan’s stability and regional security after the American forces are gone. The US shows no respect at all for multilateralism.
At last, America’s post-withdrawal plan is equally irresponsible and perfunctory. The Biden administration promised to continue to aid the Afghan government, but such lip service, according to analysts, is far from enough to maintain stability in the country. Moreover, the US even expects the Taliban to sever ties with Al Qaeda and undertake anti-terror responsibilities. What ridiculous wishful thinking!
America’s hurried withdrawal of troops when terrorism is not completely cleared in Afghanistan is no different from giving free rein to terrorist forces in the region, and terrorist threats in Afghanistan may quickly spread to Central and Southern Asia and eventually come back to haunt the US itself. Right after Biden’s announcement of the withdrawn, American media pointed out that although terrorist organizations in Afghanistan won’t pose a severe threat to the US in the short term, it’s hard to predict their long-term development because the withdrawal will create a hotbed for their expansion.