Turkey provides any kind of support to Azerbaijan in process of reconstruction of Karabakh - Erdogan | Eurasia Diary - ednews.net 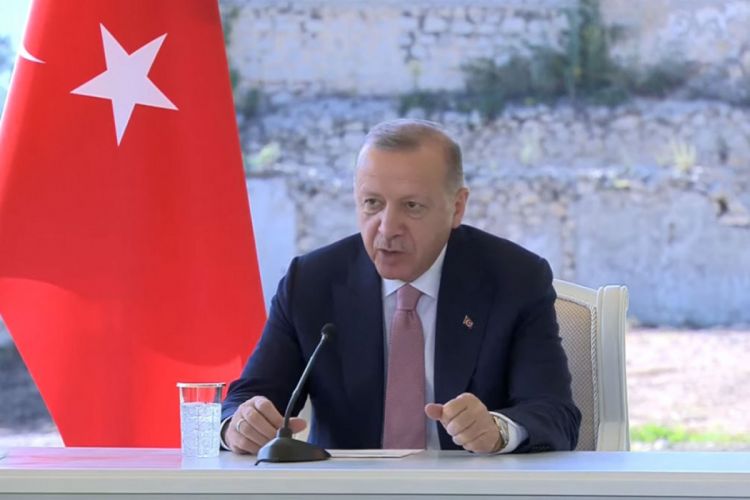 "We are in a different feeling, excitement. Thanks to God, we have kept all our promises today. I once more congratulate Karabakh Victory of Azerbaijani people," said Turkish President Recep Tayyip Erdogan at a joint press conference with Azerbaijani President Ilham Aliyev today, APA reports.

Head of Turkish state said that Karabakh returned to its owners after 44-day war, got rid of Armenian occupation, Armenian torture.

According to him, messages from cultural capital of Azerbaijan Shusha, which brought up many artists in the history, to the world are very important: "We closely follow activities, which will revive Karabakh, which was liberated under Supreme command of my brother Ilham Aliyev, again. We have seen, you have seen done works while coming to Shusha. A tense work is underway regarding infrastructure. On one side roads are established, on the other side power stations are opened, on another side, high-voltage lines are established. Currently, all of these works continue rapidly and God willing the region will also rejoin with airports in a short time. My dear brother spoke about it to me in bilateral meeting too. After rejoining with airports arrivals and departures to here will further increase. I believe that the region will achieve a serious leap in tourism too. Karabakh will regain its former glory, I do not have any doubt. We will soon see together the days when the ancient settlements of Karabakh, such as Fuzuli, Jabrayil, Zangilan, Gubadli, Lachin, Kalbajar, Khojavend, are redeveloped.”

R. Erdogan noted that Turkey gives every support to Azerbaijan in the reconstruction process of Karabakh, and will continue.