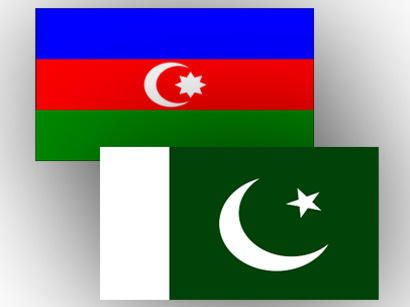 At the meeting, the officials discussed further efforts to continue joint cooperation activities, organize mutual visits, and exchange experiences in the spheres of mutual interest, the report added.

Bajwa congratulated Azerbaijan on its victory during the 44-day war with Armenia in 2020 and expressed Pakistan's readiness to share its experience in establishing necessary infrastructures to guard the borders liberated from the occupation and clear territories of mines, the State Border Service reported.

It added that at the expanded meeting, Guliyev hailed Azerbaijani-Pakistani cooperation in all spheres, including the border security. He briefed the Pakistani delegation about measures taken to protect the state borders and create the necessary infrastructure after the liberation of territories. He underscored Pakistan's solidarity with Azerbaijan in its fight against the restoration of its territorial integrity.

On June 21, the delegation led by Bajwa was received by President Ilham Aliyev and Defence Minister Zakir Hasanov. At the meeting with Bajwa, Aliyev said that Baku is set to expand military cooperation with Islamabad.

“We demonstrate a very high level of partnership in the defence and defence industries. Your visit to our country is another indication of this. We are pleased to have access to Pakistan's defence industry products. As you know, we buy these products, which strengthens our military potential,” he said.

At the meeting with Hasanov, the Azerbaijani and Pakistani officials reached an agreement on the joint use of mountain training centers, mountain training of military personnel, as well as conducting joint exercises.

Bajwa stressed that Pakistani specialists are ready to get involved in the process of clearance of the liberated territories of mines and unexploded ordnance.

The Pakistani general also noted a wide potential for elevating the military cooperation of the two countries to a qualitatively new level.

The officials discussed prospects of development in the military, military-technical, military-educational, and other spheres.