Green candidate Annalena Baerbock is the only woman in the race 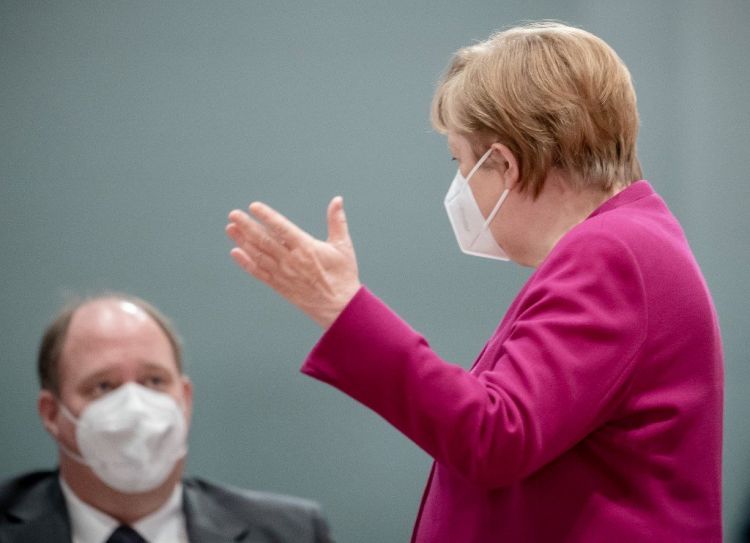 Chancellor Angela Merkel’s conservative bloc widened its lead in a weekly poll ahead of Germany’s election as support for the Green party fell for a third consecutive week.
With Merkel’s Christian Democratic-led bloc steady at 28% in the Insa poll, the opposition Greens declined 1 percentage point to 17%, leaving them level with the Social Democrats, Merkel’s junior coalition partner for the last eight years.
The Greens have faded steadily since the spring, when the conservative bloc’s two parties - Merkel’s Christian Democratic Union and Bavaria’s ruling CSU party-- clashed before choosing CDU leader Armin Laschet as their candidate for chancellor in the 26 September election. Green candidate Annalena Baerbock is the only woman in the race.
The Free Democratic Party, Laschet’s preferred coalition partner, was unchanged at 12%. The nationalist Alternative for Germany rose 1 point to 11% and the anti-capitalist Left party’s support increased 1 point to 8%.
Merkel isn’t running for a fifth term after 16 years in office. Based on the poll numbers, possible governing coalitions after the election include a CDU-CSU alliance with the FDP and either the Greens or the Social Democrats, according to Bild am Sonntag, which commissioned the poll.
No margin of error was provided for the July 5-9 poll of 1,352 people.