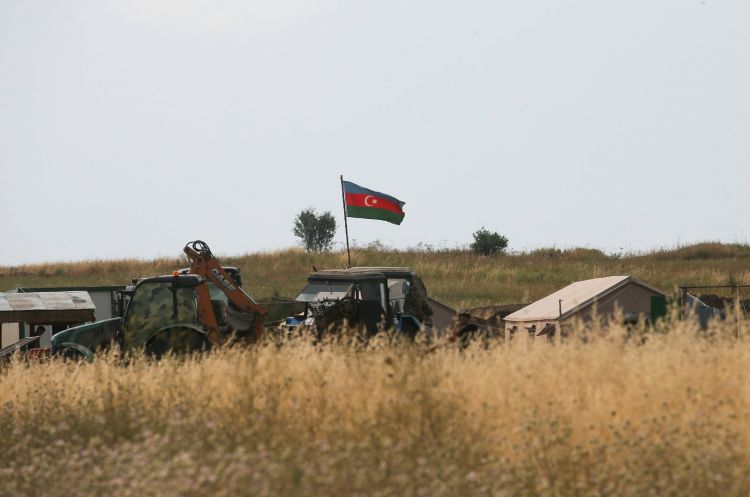 Armenia’s aggressive policies are a threat to regional peace, ruling Justice and Development Party (AK Party) Spokesperson Ömer Çelik said Sunday, condemning Yerevan’s attack in which an Azerbaijani soldier was killed in the recently liberated Kalbajar region.
“We condemn this attack in the strongest manner,” he wrote on Twitter.
"Armenian armed forces opened fire at Azerbaijani army positions at the Kelbajar sector of the Armenian-Azerbaijani state border," Baku's defense ministry said in a statement Saturday.
"An Azerbaijani army serviceman was killed by the enemy's sniper," it said.
He criticized not only the policies of Armenia but also underlined that those encouraging Yerevan are also responsible for its aggressive policies.
“Armenia cannot achieve anything from these aggressive policies. Armenia should not be deceived by those encouraging it,” Çelik added, saying that these countries will not stand by Armenia when the necessary response is given to Yerevan.
Çelik reminded that President Recep Tayyip Erdoğan called for a regional cooperation platform that also includes Armenia.
“Armenia must not waste this historical opportunity,” he said.
He continued to say that if Armenia does not understand the messages of Erdoğan and Azerbaijani President Ilham Aliyev, it will face new problems. Çelik said that Turkey will not allow Yerevan to endanger regional peace.
Turkey believes that permanent peace is possible through mutual security-based cooperation among states and people in the South Caucasus region. Turkish President Recep Tayyip Erdoğan had called for a six-nation platform comprising Turkey, Russia, Iran, Azerbaijan, Georgia and Armenia for permanent peace, stability and cooperation in the region.
Turkey threw its support behind Azerbaijan, whose Nagorno-Karabakh region had remained under illegal Armenian occupation for nearly three decades before finally being liberated last November.
During a 44-day conflict last year, which ended in a truce on Nov. 10, 2020, Azerbaijan liberated several cities and nearly 300 settlements and villages in Nagorno-Karabakh from Armenia's illegal occupation.
On Nov. 10, the two countries signed a Russia-brokered deal to end fighting and work toward a comprehensive solution