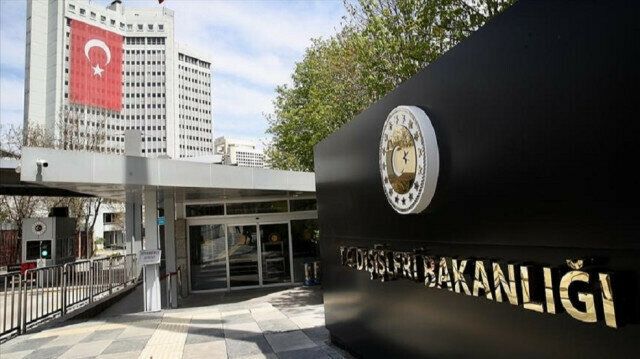 Turkey welcomed the reopening of a strategic coastal road linking Libya’s east to its west, the Turkish Foreign Ministry said Saturday.
"We welcome the official opening of the Misrata – Sirte Coastal Road on 30 July 2021, which has been closed for a long time," it said in a statement.
Turkey also praised efforts of the Presidency Council, Government of National Unity, led by Prime Minister Abdulhamid Dbaiba, UN Support Mission in Libya and the 5 5 Joint Military Commission that resulted in the reopening.
Turkey expressed hope that the step which will facilitate Libyans’ daily life will contribute to ensuring lasting stability, peace and prosperity.
"We wish this development would have positive impacts on the unification of security institutions and armed forces under the umbrella of a legitimate civilian authority in the country," it said. "Turkey will continue to support the Libyan people and the Government of National Unity so that the ceasefire could be sustained, preparations of the upcoming elections could carry on and the political process could be advanced.”
The Libyan Joint Military Committee announced Friday the reopening and reassured that everyone would be able to use the road, which runs along the Mediterranean coastline and is under the control of the body's Security Arrangements Committee.
The road is an important trade route that has been closed since warlord Gen. Khalifa Haftar's militia launched a failed 2019 offensive to capture the capital of Tripoli, held by the internationally recognized government at the time.
The UN announced a permanent cease-fire agreement between warring rivals on Oct. 23 during its facilitated 5 5 Libyan Joint Military Commission talks in Geneva.
The agreement also called for the withdrawal of all mercenaries within three months of its signing. The deadline expired Jan. 23.
Libya has witnessed positive developments in the recent months following a breakthrough after rival agreed Feb. 5 on a unified new executive authority that will govern in the lead-up to Dec. 24. national elections.
Libyans hope the new government will end years of civil war that have engulfed the country since the ouster and killing of strongman Muammar al-Qaddafi in 2011.