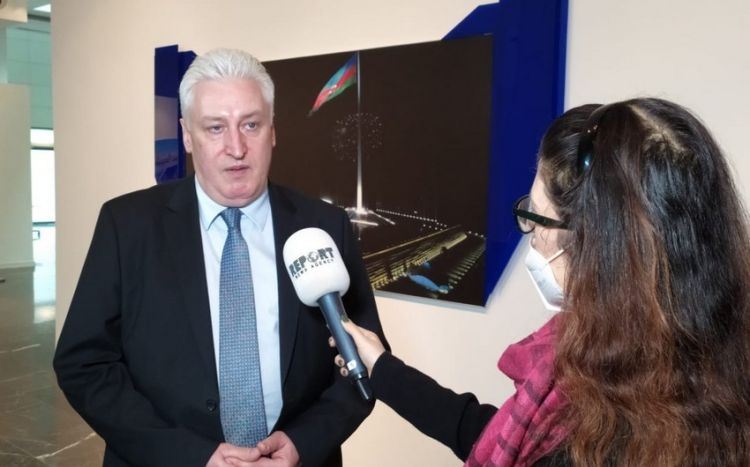 “The tactics of shelling, committing provocations of border conflicts fit into the political tasks of the Armenian leadership at the current stage,” Russian military expert, editor-in-chief of the National Defense magazine Igor Korotchenko told Report, commenting on the tension on the Armenia-Azerbaijan border in the direction of Nakhchivan.

He said Armenia doesn’t want to resolve issues related to the delimitation and demarcation of borders, the opening of transport communications, as well as the withdrawal of illegal armed formations from the territory of the Karabakh region of Azerbaijan, where the Russian peacekeepers are deployed. “On the contrary, by its actions, Armenia is trying to involve the EU in the process, in particular France, which declared its readiness to send an armed contingent to Armenia to ensure its military presence there,” the expert noted.

Korotchenko believes that the main problem is that Armenia doesn’t want to fulfill its commitments under the trilateral statement of November 10, 2020, as well as the agreements reached during the January meeting of the leaders of Russia, Azerbaijan and Armenia in Moscow.

The expert believes that the destructive policy that has been characteristic of Armenia for decades continues. After the complete defeat of its army, Armenia is trying to reanimate claims to Karabakh, ignoring the existing realities: “But as President of Azerbaijan Ilham Aliyev said, the Karabakh conflict no longer exists. Azerbaijan has restored its territorial integrity, but Armenia doesn’t want to come to terms with this and still refuses to sign a peace treaty, engaging in military provocations instead,” he added.