Blair was honored with Order of the Garter as a knight companion, but announcement faced immediate backlash 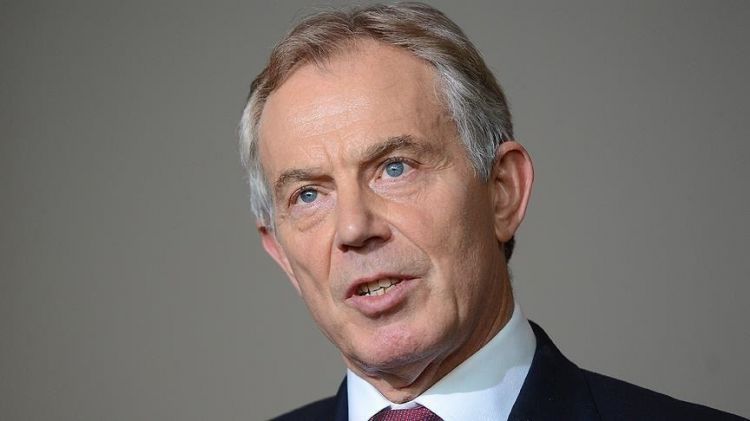 An online petition asking that former British Prime Minister Tony Blair’s newly announced knighthood be rescinded has been signed by more than 47,000 people as of Saturday evening, with the goal of at least 50,000 quickly drawing near.
The petition was created by Angus Scott at change.org as soon as the New Year Honours were announced last night.
Scott accused Blair of causing “irreparable damage to both the constitution of the United Kingdom and to the very fabric of the nation’s society.”
“He was personally responsible for causing the death of countless innocent, civilian lives and servicemen in various conflicts. For this alone he should be held accountable for war crimes,” Scott added.
Describing Tony Blair as “the least deserving person of any public honour,” he asked Queen Elizabeth II to have the honor removed.
Reactions
Deborah Warford, a signatory, wrote: “Tony Blair should be prosecuted not knighted. Someone like this being honoured shows how corrupt and vile the system is.”
“He lied about WMD and should be tried as a war criminal. His policies have done irreparable damage to Britain,” said Kevin Knobes, another signatory, referring to the discredited claims of weapons of mass destruction in the runup to the 2003 Iraq War.
Peter Brierly wrote: “Honours should go to honorary people, not war criminals who are protected by parliament.”
New Year Honors
The New Year Honours are announced every Dec. 31, after which royal knights and ladies of the Order of the Garter gather at St. George's Chapel in Windsor for a special ceremony.
The Garter, founded in 1348 by Edward III, is awarded by the sovereign for outstanding public service and achievement.
Tony Blair’s name was announced last night as an appointee to the Order of the Garter as a knight companion, 14 years after he left Downing Street as prime minister.
Sharp backlash
Blair’s knighthood caused an immediate backlash as he is often branded an architect of the 2003 Iraq War, which started in large part over claims of the existence of WMD in the country which were never found.
Critics have accused Blair of joining then-US President George W. Bush and sending British troops with US forces to invade Iraq, an action causing the deaths of more than 200,000 Iraqi civilians.
The Blair government’s decision to join the war also faced a backlash and many protests due to the lack of any UN Security Council resolution on military action against Iraq.
Then-Foreign Secretary Robin Cook resigned from the Cabinet in protest over Blair’s decision to invade without the authorization of a UN resolution.
An inquiry by Sir John Chilcot in 2016 said the Blair government had failed to exhaust all peaceful options before joining the coalition to invade Iraq.
“The judgments about Iraq’s capabilities … were presented with a certainty that was not justified,” the Chilcot report said, confirming the lack of discovery of WMDs.
More than 250,000 people, including combatants but mostly civilians, are thought to have been killed in Iraq’s upheaval since 2003.