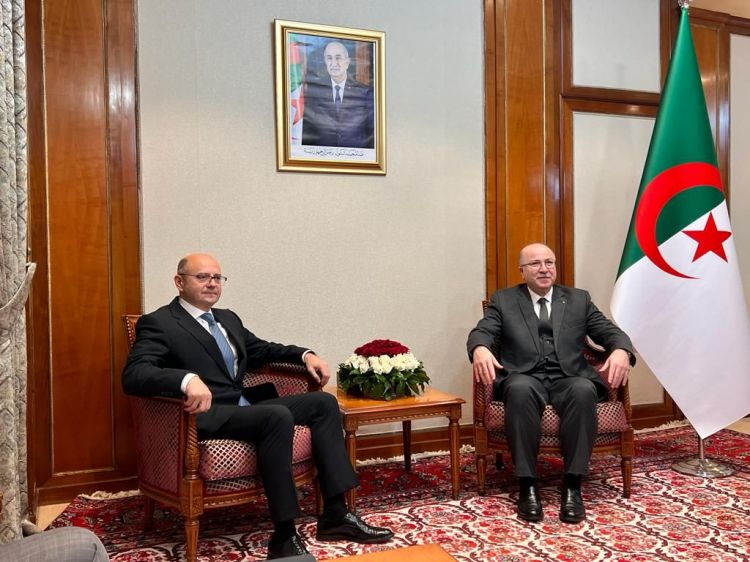 Azerbaijan and Algeria have underlined the importance of the development of economic relations between the two countries, Azernews reports.

The remarks were made at a meeting between Azerbaijani Energy Minister Parviz Shahbazov and Algerian Prime Minister Aymen Benabderrahmane.

At the meeting, the prime minister ascribed Azerbaijani President Ilham Aliyev's participation in the 31st Arab League Summit to a sign of high relations between the two countries.

For his turn, Parviz Shahbazov stated that the Azerbaijani president pays special attention to the development of comprehensive cooperation, including in the energy sector with Algeria.

The parties discussed the prospects of cooperation in the energy sector and noted that the Algerian government would provide the necessary support for progress in this area.

Azerbaijan's Energy Minister Parviz Shahbazov is paying a visit to Algeria. Within the visit, which will last till November 30, bilateral meetings will be held between the minister and a number of Algerian officials. The parties are expected to discuss the opportunities for expanding the cooperation between the two countries in the energy sector.

Diplomatic relations between Azerbaijan and Algeria were established on April 22, 1994. Azerbaijani president signed a decree, dated November 28, 2014, on ensuring the activities of the embassy of Azerbaijan in Algeria. Algeria opened a diplomatic office in Azerbaijan in January 2015.

In total, four documents were signed between Azerbaijan and Algeria. The trade turnover between the two countries amounted to $1.3 million in 2021.