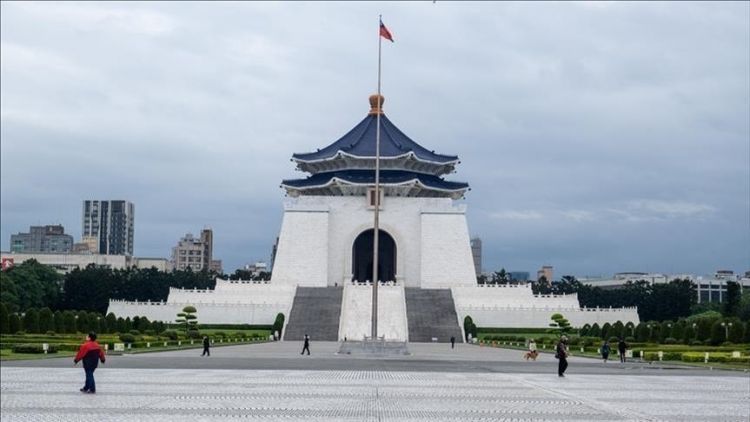 Despite China's criticism of British parliamentarians' ongoing visit to Taiwan, which it calls "gross interference" in the East Asian state's internal affairs, a six-member Australian parliamentary delegation from both Labor and the Coalition will visit the East Asian state next week, the first such visit in years, Ednews reports citing Anadolu Agency.

The trip is being organized by Liberal MP Scott Buchholz, and will include former Deputy Prime Minister Barnaby Joyce, as well as Labor MPs Meryl Swanson and Libby Coker, Australian ABC news reported on Saturday.

Prime Minister Anthony Albanese has downplayed the significance of the trip, stating that politicians visiting Taiwan is not unusual.

"There have been backbench visits to Taiwan for a long time, this is another one," the prime minister was quoted by the media outlet as saying, explaining that "this isn't a government visit."

Some visitors to Taiwan are hesitant to generate publicity because of political sensitivities, it said.

But they say it is important Australia maintains a close relationship with both mainland China and Taiwan, and be supportive of democracy in the region, according to the daily.

Last month, Albanese said Australia would not support Taiwan's membership in the Comprehensive and Progressive Agreement for Trans-Pacific Partnership (CPTPP) because it is not a recognized state.

His remarks came after his recent meeting with President Xi in Bali, Indonesia.

Beijing-Canberra relations soared after Australia joined its Western allies in calling for an investigation into the origins of COVID-19, which first appeared in the Chinese city of Wuhan in 2019.

On Thursday, an unnamed spokesperson for the Chinese Embassy in the UK slammed the ongoing visit of a British MPs delegation led by ruling Conservative Party MP Alicia Kearns, who arrived in Taiwan on Tuesday for a five-day visit.

The Chinese Embassy in London condemned the visit and lodged a protest with the UK side, saying “this is a flagrant violation of the one-China principle and a gross interference in China’s internal affairs, and it sends a seriously wrong signal to the separatist forces for 'Taiwan independence'.”

“The one-China principle is a recognized basic norm of international relations and a universal consensus of the international community. It is also the political basis for the establishment and development of diplomatic relations between China and the UK,” the embassy said.

London’s relations with Beijing are also undergoing apparent strain after an expected meeting between President Xi Jinping and newly picked British Prime Minister Rishi Sunak was canceled last month on the sidelines of the G-20 summit in Bali, Indonesia.

Sunak, early this week, in his debut foreign policy statement said the “golden era of UK-China relations was over.”

The atmosphere in the Asia-Pacific region has been tense since US House Speaker Nancy Pelosi, the highest American official in a quarter-century, visited Taiwan, drawing criticism from China and some politicians from around the world who questioned the logic of this trip.

When Pelosi announced her tour to Asia and Taiwan, Beijing issued a stern warning that the country will take serious measures. Despite these warnings, Pelosi visited Taiwan, which China denounced as violating all international conventions and rules pertaining to territorial sovereignty and state integrity.