Hungary’s PM Orbán mocks EU corruption scandal: ‘If they continue like this in Brussels, soon enough MEPs will be behind bars to form their own football team’ - VIDEO - ednews.net

Hungary’s PM Orbán mocks EU corruption scandal: ‘If they continue like this in Brussels, soon enough MEPs will be behind bars to form their own football team’ - VIDEO

The Qatargate bribery scandal continues to rock Brussels, and Hungary’s conservative are rubbing salt in the wound 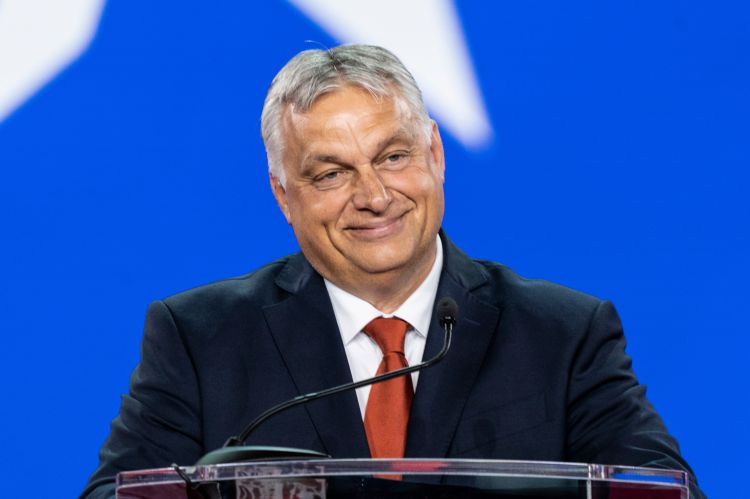 After a tax advisor to the European Parliament was detained on corruption charges in Italy on Wednesday, Hungarian Prime Minister Viktor Orbán commented on the growing number of EU officials being put in handcuffs.
“If they continue like this in Brussels, soon enough MEPs will be behind bars to form their own football team. Who knows? Maybe they would even make it to the 2024 European Championship. Time to drain the swamp in Brussels,” wrote Orbán on Twitter.
The EU, and in particular the European Parliament, has long accused Hungary of corruption and rule-of-law violations. However, the institution is currently undergoing what is being labeled the biggest corruption scandal in its history, leaving left-wing politicians scrambling to respond to the growing crisis.
Tax advisor Monica Rossana Bellini had her offices raided by authorities in Milan. She worked as an employee of former Italian Socialist MEP Pier Antonio Panzeri, who was arrested by Belgian authorities for his role in Qatargate. The scandal has seen police recover over €1.6 million in bribe money, much of it in the form of cash stuffed in briefcases and paper bags.
Panzeri was arrested for corruption on Dec. 9 along with Eva Kaili, the since-deposed vice-president of the European Parliament. Now, Panzeri has admitted his guilt and signaled his willingness to cooperate with the authorities in exchange for a prison sentence of just one year. According to German press reports, Panzeri agreed to provide investigators with comprehensive insight into the criminal structures at play.
Panzeri’s testimony may include the names of other politicians in the bribery scandal, along with what kinds of benefits were promised and what financial agreements were made with other countries.
It is not the first time Orbán has commented on the scandal, saying in December that Brussels has long been corrupt and Qatargate only blew the lid off of the problems the EU already faced.
“We are also seeing that in the European Parliament, as the number of people affected is increasing, more and more European People’s Party (EPP) MEPs are becoming affected. So it would not be fair to say that the practice of taking money illegally and the political payback for it is exclusive to the left of the political spectrum.
It is a threat that threatens democratic politics everywhere and must be defended against. Since everyone in Brussels knows this has not just started now, and the general view has always been that Brussels is full of corruption, the question is why there were no defense mechanisms in place.”
Hungary’s conservative leader also spoke about the lack of oversight that allowed the corruption to take place.
“But without throwing the ball back to you, I would like to ask quietly where the investigative journalists in Brussels were over the last decade when this type of thing became rampant and almost a daily practice? So, there is work for everyone to do here,” he said.
Hungary’s conservative government is no doubt taking the opportunity to strike back at an EU that has relentlessly worked to remove the Fidesz party from power. But they are not the only ones concerned about corruption in Europe’s most powerful institutions.
The current scandal is even tied to migration, an issue over which Hungary has long been at odds with Brussels. The MEPs allegedly involved pushed for visa-free travel for Qatari citizens in an EU parliament resolution, which may have been a key reason why Qatar was offering so much money to the officials. The resolution passed by hundreds of votes, including votes from all socialist and left-wing MEPs. Hungary’s Fidesz party abstained from the vote entirely.
EU Home Affairs Commissioner Ylva Johansson spoke at the plenary session of the European Parliament on Tuesday regarding corruption cases, saying that “transparency and anti-corruption action must be increased in all European Union institutions.”
“At least 60 percent of criminal organizations take advantage of the opportunity to bribe, buy politicians, and influence decisions in order to gain power,” said Ylva Johansson.