Peace, prosperity and stability in Azerbaijan is significant for the true realization of international projects and UN 2030 Agenda - Qaiser Nawab
Read: 1011 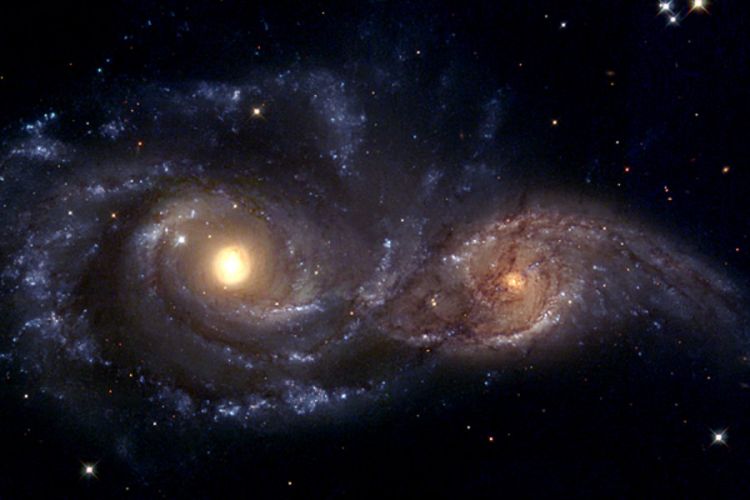 When two galaxies merge, there are brief periods of stellar baby booms. A group of astronomers led by Lingyu Wang (SRON Netherlands Institute for Space Research) has now used a sample of over 200,000 galaxies to confirm that galaxy mergers are the driving force behind star bursts. It is the first time that scientists have used artificial intelligence in a galaxy merger study. The results are published in Astronomy & Astrophysics on October 21st.

One of the most pressing questions in astronomy is how and when stars formed in galaxies. The universe contains hundreds of billions of galaxies, and they come in many shapes and forms. Take, for example, the Sombrero Galaxy, the Black Eye Galaxy, the Whirlpool Galaxy or our own Milky Way, stretching across the entire sky. Each harbors hundreds of billions of stars. How and when did all those stars emerge on the cosmic stage?

A popular hypothesis among astrophysicists is that galaxy mergers go hand-in-hand with short starburst phases and an increase of around a factor two in star formation over the whole duration of the merger. Mergers would produce shock waves in the interstellar gas, igniting significant baby booms of stars. The astronomers, including first author William Pearson and co-author Floris van der Tak, have now confirmed this theory by analyzing a record number of over 200,000 galaxies. They found up to twice the number of star bursts in merging galaxies compared to single galaxies.

Because their database was so large, the team built a deep-learning algorithm that taught itself to identify merging galaxies. Pearson says, "The advantage of artificial intelligence is that it improves the reproducibility of our study because the algorithm is consistent in its definitions of a merger. Also, it's a good preparation for upcoming surveys that will image billions of galaxies. Then you inevitably need AI. Even citizen science projects such as Galaxy Zoo cannot deal with those numbers."

It is the first time that astronomers have used AI in a merger study. "This is a milestone in the sense that AI will play an increasingly large role in our field," says Wang. "But we have to keep in mind that the power of AI is limited to how it is trained. If we feed it a flawed definition of a galaxy merger, then it won't do its job correctly."