Unknown fighter jets tried to attack the Russian air base in Syria
Read: 1813

NASA Administrator - 'I believe Pluto is a planet' 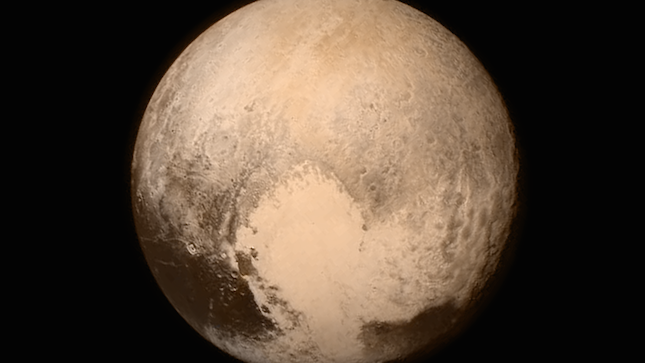 Jim Bridenstine, the administrator of the National Aeronautics and Space Administration (NASA), said Friday that he believes Pluto should be classified as a planet.
“I am here to tell you, as the NASA Administrator, I believe Pluto should be a planet,” he said, to applause, during a speech at the International Astronautical Congress in Washington, D.C.
“I like there being nine planets, how about that?” he added later, noting Pluto’s buried ocean, moons and multilayered atmosphere.
Pluto was stripped of its planet status in 2006 when the International Astronomical Union (IAU) made the controversial decision to downgrade it to a “dwarf planet.”
Bridenstine, a former Oklahoma congressman, has voiced support for classifying Pluto as a planet in the past.
"You can write that the NASA administrator declared Pluto a planet once again," he said during an August speech at the University of Colorado. "I’m sticking by that. It’s the way I learned it and I’m committed to it."
There's an ongoing debate within the science community as to how to label Pluto.
A group of researchers argued in a paper published last year that the IAU’s reasoning for declassifying Pluto is in valid.
The IAU defines a planet as a celestial body that “has cleared the neighborhood around its orbit,” meaning the mass must be the largest gravitational force in its orbit.