2750 tonnes of ammonium nitrate stored at Beirut warehouse at centre of explosion
Read: 1289

What makes the Earth’s surface move? 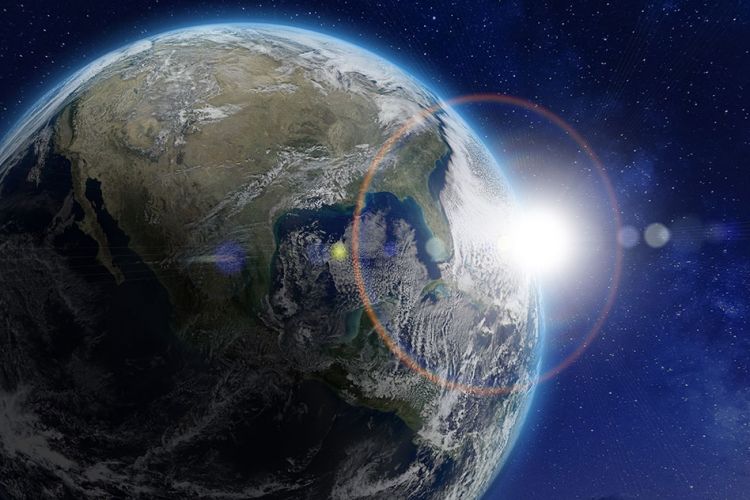 Now, the scientists at the École Normale Supérieure – PSL, the CNRS, and the University of Rome 3 found that it is mainly the Earth’s surface that drives the mantle, Eurasia Diary reports citing Tech Explorist.

To take a closer look at the forces at work, scientists treated the solid Earth as a single indivisible system and carried out the most comprehensive modeling to date of the evolution of a fictional planet very similar to the Earth. They first discovered the appropriate parameters, and then spend some nine months solving a set of equations with a supercomputer, reconstructing the evolution of the planet over a period of 1.5 billion years.

They present global three-dimensional spherical mantle convection models that lift the constraint of perfectly rigid plates while capturing tectonics at a regional scale.

By devising these models, the team finds that two-thirds of the Earth’s surface moves faster than the underlying mantle; in other words, it is the surface that drags the interior, while the roles are reversed for the remaining third. This overall balance of forces changes over geological time, typically during a supercontinental cycle. The latter is mainly dragged by deep motion within the mantle during the construction phases of a supercontinent.

On the contrary, when a supercontinent breaks up, the motion is mainly driven by that of the plates as they sink down into the mantle.

The scientist has presented their findings in the journal Science Advances. According to the authors, the data obtained could help us to understand how mid-ocean ridges form and disappear, how subduction is triggered, or what determines the location of the plumes that cause vast volcanic outpourings.