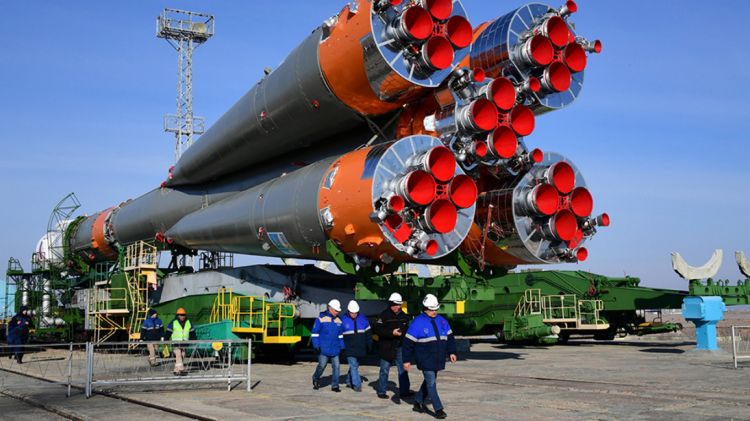 The delivery of foreign astronauts to the International Space Station (ISS) and exports of rocket engines are the most profitable forms of international cooperation in space for Russia, a senior space official told, Eurasia Diary reports citing Tass News.

"At the moment, the majority of our profit is generated by manned space missions and sales of rocket engines," said Vitaly Safronov, the deputy director general of Russian launch service provider Glavkosmos.

At the same time, Safronov said this trend would inevitably change.

"All those programs, all those incomes from manned space missions and sales of rocket engines will be over sooner or later. Americans are building their own manned spacecraft, they will develop their own rocket engines. We need to search for new directions, new contacts, new markets," the space official said.

Glavkosmos is a subsidiary of state corporation Roscosmos whose main task is to promote goods and services of Russian space industry enterprises on international markets and to manage international projects in space. Its Director General Dmitry Loskutov earlier said the company earned 8.7 billion rubles in 2018.

The Hill reported earlier this week that the launch of commercial spacecraft by NASA, expected by summer 2020, would "signal the beginning of the end of Russia as a space power."

Meanwhile, Russian android robot Fedor (Skybot F-850) that returned from a mission to the International Space Station (ISS) earlier this year, said on its Twitter page that the money received from sending US astronauts into the orbit makes up only about 4-5% of Roscosmos’s total profits.

"I’ve calculated that US dollars received from sending their astronauts aboard our spacecraft make up 4-5% of the state corporation’s total income," reads the statement, published on Wednesday. "Without them, Roscosmos will not lose its status of a leading space company.".