Lithuanian journalist who witnessed the bloody tragedy - "All this was a plan aimed at the Armenian occupation"
Read: 843

The bravery of those who sacrificed their lives on 20 January for independence should never be forgotten - British journalist
Read: 438

Azerbaijan and Iran signed an agreement on the connecting of the Baku-Astara and Erdebil-Rasht trunk roads
Read: 206 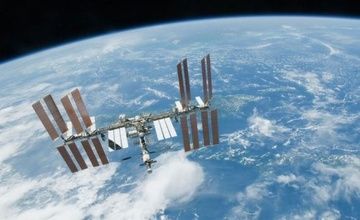 The Red-Eye-2 small spacecraft for experiments in the interests of the Defense Department’s office of advanced research projects, DARPA, is scheduled to be launched into orbit on June 17 from the International space station, NASA said. EDNews.net reports citing Vestnik Kavkaza.

The Agency’s website says that the satellite will be launched using the Canadian SSRMS manipulator, before taking it outside the station from the Japanese Kibo module.

Red-Eye-2 weighing 110 kilograms was delivered to the ISS by the American Cygnus cargo ship in February 2020. In the interests of DARPA, it will test satellite communications, on-Board computers, and thermal management technologies, Free News reported.

This is the second of three Red-Eye satellites. The first was launched in June 2019.