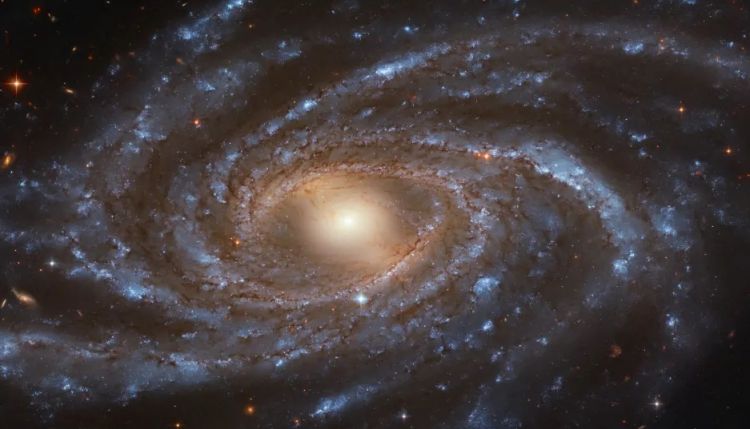 NGC 2336 was discovered over a century ago, but the big, blue spiral galaxy has never looked better, thanks to an eye-catching image obtained by the Hubble Space Telescope.
German astronomer Wilhelm Tempel discovered NGC 2336 in 1876, which he did with a humble 11-inch (0.28 meter) telescope. He could’ve scarcely imagined a photo like this, taken by Hubble’s 7.9-foot (2.4 meters) main mirror, according to a NASA press release.
NGC 2336 is approximately 100 million light-years away and located in the northern constellation of Camelopardalis (which depicts a giraffe). With its eight prominent spiral arms, NGC 2336 measures some 200,000 light-years across. By contrast, the Milky Way—another spiral galaxy—is around half that size, measuring 105,000 light-years in diameter.
he gigantic galaxy is filled with young stars, which appear in blue, while older stars, many located toward the center, shine in red.