NASA will wait until November to launch Artemis I - ednews.net

NASA will wait until November to launch Artemis I 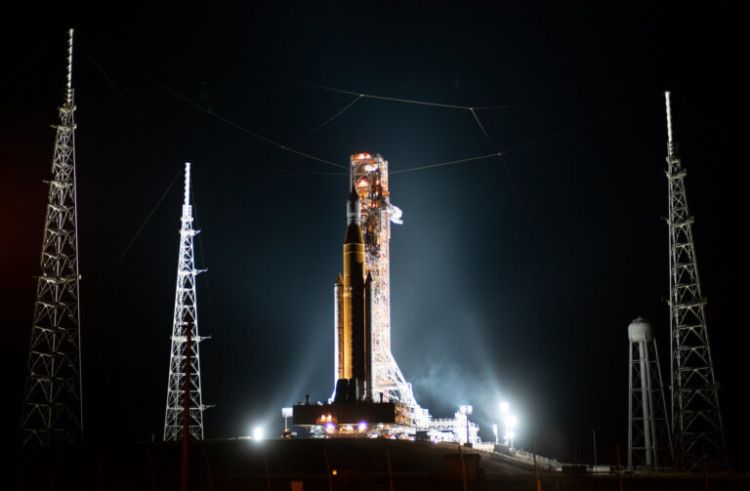 NASA said today it will wait until November to make the next attempt to launch the Artemis I test flight of the Space Launch System rocket and Orion spacecraft. Hurricane Ian forced the agency to roll Artemis I back to the safety of the Vehicle Assembly Building. NASA will take advantage of the opportunity to do a thorough checkout and skip the October launch period. A specific launch date will be announced later.

After scrubbing the first two launch attempts on August 29 and September 3 and completing a test on September 21, NASA was hoping to launch on September 27. The imminent arrival of Hurricane Ian scuttled those plans as well as the chance of an October 2 launch when NASA concluded that forecast winds were too high to keep the rocket on the launch pad. Artemis I was rolled back to the VAB on Monday where it safely weathered the storm.

Artemis I is an uncrewed test of SLS/Orion around the Moon and can only launch during certain periods when the Earth, Moon and Sun are in the proper position relative to each other to meet test objectives such as ensuring the Orion solar arrays get the right amount of power from the Sun and the spacecraft lands in daylight when it comes back to Earth. NASA has a graphic showing when it can or cannot launch. Gray and red blocks mean they cannot launch, green means they can. The difference between light green and dark green is whether it is a short duration or long duration mission.

The next launch period is October 17-31. At a briefing on Tuesday, Jim Free, Associate Administrator for Exploration Systems Development, wouldn’t rule out an October launch, but conceded it would be difficult. At a minimum NASA needs to test and possibly replace a critical battery in the Flight Termination System that is difficult to access and the workforce is not expected to be back to full strength until next week as they and their families clean up from the hurricane. Free added they will check out other parts of the SLS/Orion system while they have it in the VAB.
The implication was that the launch likely would slip to November and this afternoon NASA made it official.