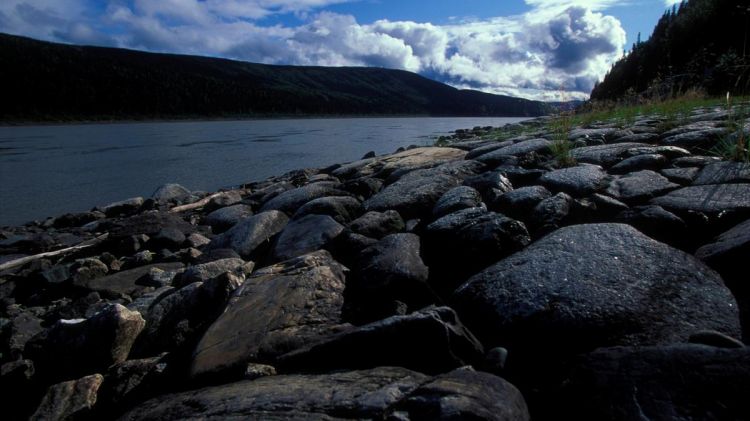 Human activity can no longer be solely blamed for accelerating the effects of climate change in the Arctic. Several pictures taken from space show that beavers, nature’s engineers, are changing the face of the Alaskan tundra with their dam-building skills.

Beavers have long been known for their ability to build dams across waterbodies such as lakes, streams, rivers and ponds. They are also one of the few animals which can change existing ecosystems by blocking the flow of rivers and streams and turning them into ponds.

With the warming effects of climate change, the grassy vegetation of the Alaskan tundra— consisting mostly of lichen and mosses— is slowly giving way to woody plants that grow along rivers. This is the perfect habitat for the largest rodent in the U.S.

Researchers at the University of Alaska Fairbanks looked at satellite images and pictures spanning from 1949 to 2019 and found that there has been a significant northward expansion of beavers in Alaska.

Their study, published in Scientific Reports, compares images from 1980 and 2019, showing the ballooning beaver ponds of what was once a thin, serpentine river.

“There’s not even a lot of other animals that leave a footprint you can see from space. There is one, and they’re called humans. The funny thing is that humans could not get a permit to do what beavers are now doing in this state,” said Ken Tape, an ecologist at the University of Alaska Fairbanks, according to a report by Business Insider.

Analysing the images collected over seven decades, the researchers found no presence of beavers in the 1950s. The first sign of beaver activity appeared around the 1980s, and beaver ponds doubled in number in the images from the 2000s to the 2010s. In total, researchers counted more than 11,000 beaver ponds in the Alaskan tundra region.

The increase in beavers was also noted by the Indigenous people in towns such as Kotzebue, where there wasno presence of the animals 20 years ago, Dr Tape said.

He compares the spread of beavers in the Alaskan tundra to that of wildfire, as seen from space. Initially searching for slow and subtle shifts in the tundra, Dr Tape was surprised to see such vast changes in the ecosystems caused by beavers, the publication notes.

But how are beavers accelerating the effects of climate change?

The ponds created by the furry rodents act as ‘warm oases’ in the frigid tundra as still water is warmer than the flowing rivers which existed before. The warmer waters are also melting the surrounding permafrost — soil that is frozen throughout the year — although scientists are not sure by how much.

As it thaws, permafrost, which covers a quarter of the northern hemisphere and at least 85% of Alaska, releases greenhouse gases and methane into the atmosphere, worsening the effects of climate change.

However, warmer water bodies in the Arctic will also result in increased biodiversity such as waterfowls and new species of fish. The tundra vegetation may also start resembling boreal forests due to warmer pools of water.

For now, the northernmost regions of Alaska are still beaver-free; however, this may not last long. “All they have to do is swim downstream. If they find the habitat there — in other words, if it’s warm enough, if the shrubs are tall enough, if there’s enough unfrozen water in winter — then they’re going to forever change that place,” said Dr. Tape.