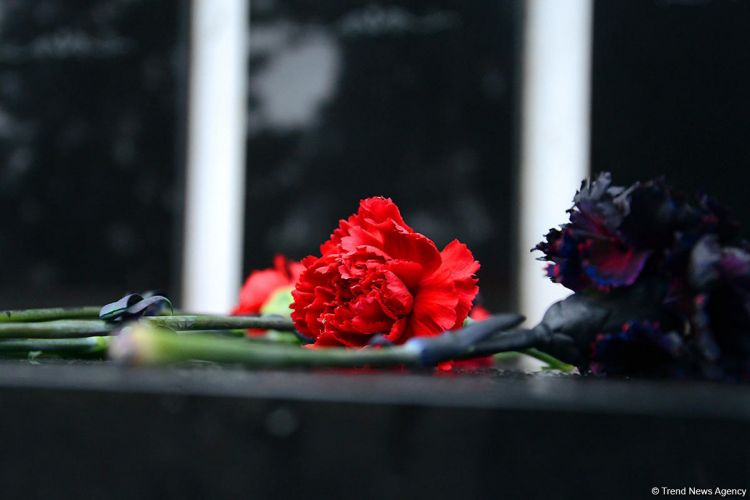 Today, every Azerbaijani is paying tribute to the memory of Martyrs murdered in the massacre of the Balck January or in the world's one of the most brutal tragedies. Thousands of citizens walk on the lane of Martyrs laying carnations on their honourable graves. It was written in the history as the mass killing of hundrends of innocent Azerbaijani nationals, who went out to demand their freedoms from the leverage of the obsolete Soviet regime. That day as a result of the interference of the Soviet troops several hundreds of civilians were shot down and smashed under heavy artillery tanks in the Azerbaijani capital Baku. The 20 January events were preceded by numerous unrests occurred in Baku as well as in other cities of the country, and provoked by the events which had taken place in Karabakh. Many city-folk held a peaceful meeting. The Soviet government, which ruled by Michael Gorbachev at that time, scared by a growing discontent among the local community as well as a burst of political activity, convened an extraordinary meeting of the Supreme Soviet of the USSR and took decision dated 19 January 1990, to bring the troops to the country and impose an emergency rule. On 20 January 1990 at 00:20am, a 20,000 contingent of the Soviet forces intruded into Baku. Protesting against such infringement of the country’s Constitution, hundreds of civilians joined a meeting, with the result that almost 170 of them were killed and over 400 were injured. On 22 January 1990, in commemoration of those who were martyred in the Black January of 1990, almost 1.5 millions of Baku residents proceeded at gunpoint along the central streets of the city.
The memory оf the heroically martyred Azrbaijanis was commemorated with the Alley of Martyrs laid out in "Dagustu Park", where victims of the 20 January were buried, and that day was declared Martyrs’ Day in Azerbaijan. It has been now 30 years since that Bloody Night of January and yet many eyes to dry and hearts soothed from the pain of that tragic night. This is the grief and sorrow of all Azerbaijani nationals. We are sharing this grief and deeply feeling sad, and pray Allah for them eternally to rest in peace.
by Elnur Enveroglu