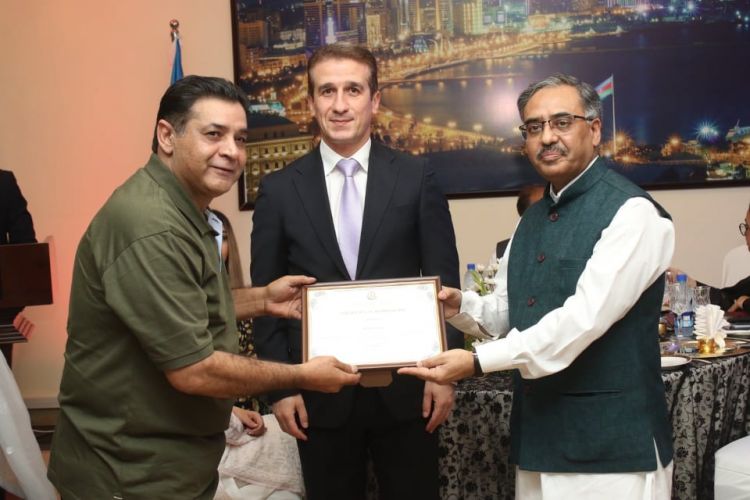 The journalists of Pakistani Dispatch News Desk News (DND) were  awarded by the Ministry of Foreign Affairs of the Republic of Azerbaijan for services on enhancing bilateral relations between Pakistan and Azerbaijan. The Award was granted by Ambassador of Azerbaijan in Pakistan Ali Alizada and Foreign Secretary of Pakistan Mr Sohail Ahmed.

It may be remembered that DND was also awarded by the Ministry of Foreign Affairs of the Republic of Kazakhstan in 2016 for its services to foster bilateral relations between Pakistan and Kazakhstan.

This award testifies that DND and its team continues its work with the same vigour since its inception in 2012. The first International Award came to them in the years 2013 by the government of Nepal.