'China doesn't interfere in countries like the US' - Malik Ayub Sumbal evaluates the benefits of BRI | Eurasia Diary - ednews.net

Russian diplomat warns with return of Cold War by race for military dominance in Europe
Read: 610

III ANIMAFILM ANNOUNCES THE PARTICIPANTS OF THE COMPETITION PROGRAM
Read: 585

WHO extends state of emergency over coronavirus pandemic for another 3 months
Read: 484 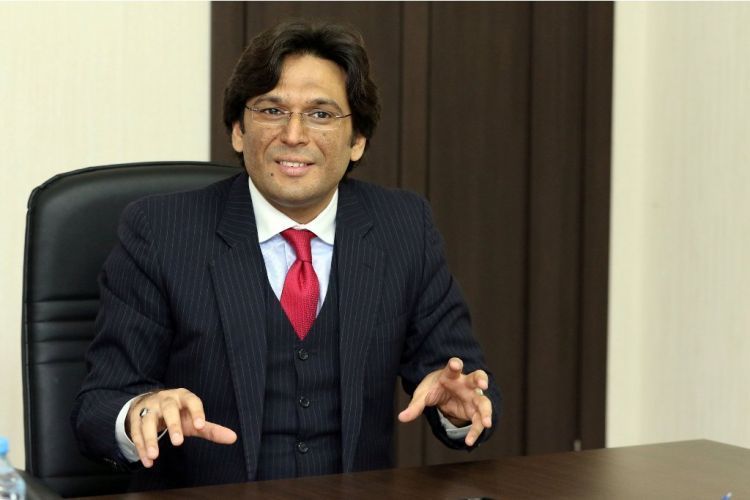 China doesn't interfere in countries  internal issues like the US, Pakistani political analyst Malik Ayub Sumbal told to Eurasia Diary while evaluating Chinese project of 'Belt and Road Initiative' (BRI).
The political analyst values highly the benefits of the project. "The construction of plenty of roads, bridges and transportation corridors are planning within the framework of the project. It will increase connectivity among the member countries," Malik Ayub Sumbal said.
BRI is a development strategy adopted by the Chinese government involving infrastructure development and investments in 152 countries and international organizations in Europe, Asia, Middle East, Latin America and Africa.
It is planned to complete in 2049. The political analyst thinks that this project can be understood by win-win platform that all parties will benefit from the project.
While answering the question about the trade war with the US, Sumbal said that the BRI is not aimed for to counter US in the trade war. Because, Chinese policy in global level is not like the US. He excludes the opinion that China wants to overcome the US in global politics. "China doesn't seek to interfere in any country."
"If we look through the activities of China in history, we can't see that China conquered any country before. China intends to uplift countries economics, if any country wants to enter, China welcomes."
"The easing connectivity leads the flow of labor, goods which cause benefits for each side. The One Belt and One Road initiation is for win-win to each members," Malik Ayub Sumbal concluded.
Malik Ayub Sumbal is a Political Analyst, Presenter and Award Winning Journalist having more than 15 years of professional experience.
Written by Ulvi Ahmedli