There is no power structure in the world that can deal with issue of this scale - Armenia PM to people
Read: 384

Analyst thinks if Turkey and Russia maintains its presence high in Libya, partition is unavoidable
Read: 353 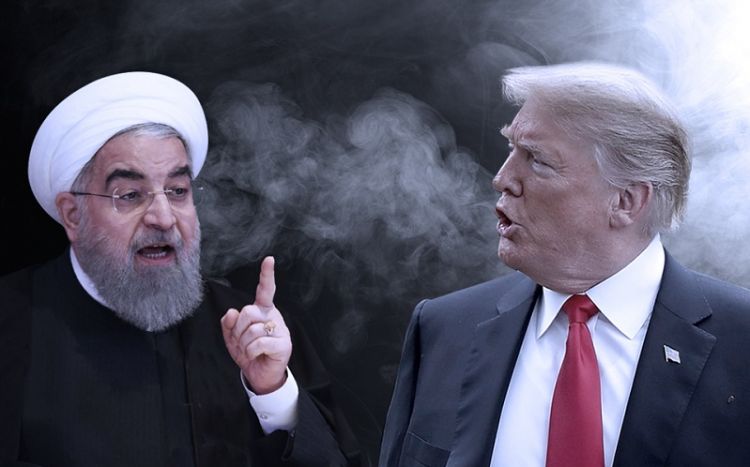 "Threat is a form of diplomacy and it is used often in American-Iranian relations. It is applied for achieving the diplomatic goal and internal audition which are very important for politicians," political analyst on Middle East Igor Pankratenko told to Eurasia Diary.

The Persian Gulf became the world main flashpoint over several incidents like a chain of seizures of vessels. These events also made a huge impact on US-Iran relations which created distrust between both sides.

Igor Pankratenko is a Deputy Director of Deputy Chairman of the Russian Center for Strategic Estimation and Forecasts. "Over the past decades, Washington and Tehran exchanged such statements that, at first glance, it seemed - the war would begin tomorrow. But nothing happened. So, do not take the warlike rhetoric of the parties too seriously," the political analyst said.

"There are signs of preparation for warfare clearly verified and included in the relevant textbooks. While they are not there, threats and belligerent statements by politicians can be safely passed by".

"Just remember, the Iranians never won a war, but never lost a negotiation!" US President Donald Trump shared on his twitter. Igor Pankratenko explained the controversial statement of US President.

"Rather, this is an appeal by the American president to seriously prepare for any dialogue with Iran, to closely monitor the progress of this dialogue. And do not miss any little thing in the course of it, do not leave Teheran a single loophole for violating the agreements or an expansive interpretation of the agreements."

The political analyst thinks that Trump is sure that when the Obama administration prepared the Agreements on Iran’s nuclear program, these conditions were not respected, and therefore the deal turned out to be extremely unprofitable, moreover, harmful to the United States. Now that the US-Iranian consultations are underway on a new version of the Agreement with Tehran, Trump would like to avoid this situation.

The ongoings in the Persian Gulf made an impression of war. United States of America together with European partners initiated the launch of security operation in Hormuz Strait called "Sentinel".

"As a zero, I rate it. By provoking a crisis in the Strait of Hormuz, Iran has shown its ability to influence the international agenda. The United States and its allies, by launching the Sentinel, are demonstrating to Tehran their potential."

He considers that nothing is critical, the usual such "exchange of courtesies", which in diplomacy has another, unofficial name - "muscle power".