Unknown fighter jets tried to attack the Russian air base in Syria
Read: 2932

When Real Madrid or Barca knock on the door the other clubs must tremble - Guardiola on Sterling transfer
Read: 291 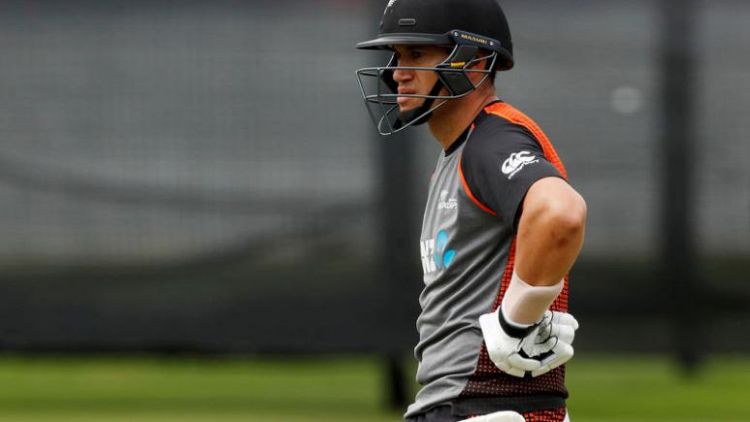 The second test between Sri Lanka and New Zealand that starts at the P Sara Stadium in Colombo on Thursday has an eerily similar feel about it from their last match between the two sides there seven years ago.
In 2012, Sri Lanka hammered New Zealand by 10 wickets in the first test in Galle. Last Sunday, the hosts won the first test in the current series at the same picturesque ground by six wickets to earn 60 points in the new World Test Championship.
Seven years ago, facing defeat in the two-test series, then New Zealand captain Ross Taylor produced a belligerent 142 and 74 in the second test, at the P Sara Stadium, to level the series.
The 35-year-old Taylor, who scored 86 in New Zealand’s first innings in Galle last week, said while the venue for the second test had proved fruitful in the past it would likely have little influence on the current match.
“P Sara is a ground that we’ve had some success in the past and hopefully we can replicate that,” Taylor said. “It’s always nice to come back to a ground where you have had some success.
“But at the same time it’s a different game and different circumstances. Being 1-0 down in the series we need to get our first win in the test championship.
“I’m sure Sri Lanka will be doing their best to stop that.”
Taylor acknowledged that his side were “just weren’t good enough” in Galle where Sri Lanka captain Dimuth Karunaratne (122) and Lahiru Thirimanne (64) produced a century opening stand as they chased 268 for victory.
“Very disappointed to lose the game,” Taylor added. “We tried everything but just weren’t good enough.
“We have been in this situation many times before, been 1-0 down and have come back strong.
“That’s all we can ask for, to show the fighting spirit the team is renowned for and hopefully we can put this very good Sri Lanka side under some pressure.”
New Zealand coach Gary Stead said the pitch would again be conducive to spin, which could signal a callup for leg-spinner Todd Astle, who made his test debut in the match at P Sara in 2012.
The 32-year-old had played just three other tests since, but with left arm spinner Mitchell Santner not extracting much turn in Galle, Stead has suggested Astle could join Ajaz Patel and Will Somerville in the spin attack.
“I don’t imagine there’s going to be too many changes from what we saw at Galle, we expect a pitch that will turn and offer more to the spinners than the seamers,” Stead said.
“We’ve got other spin options with Todd Astle so we’ll consider all options.”
Euronews Türkçe