Russian fighter jet shot down two additional US drones near Khmeimim air base in Syria
Read: 693

Russia plans to expand its military bases in Syria
Read: 372 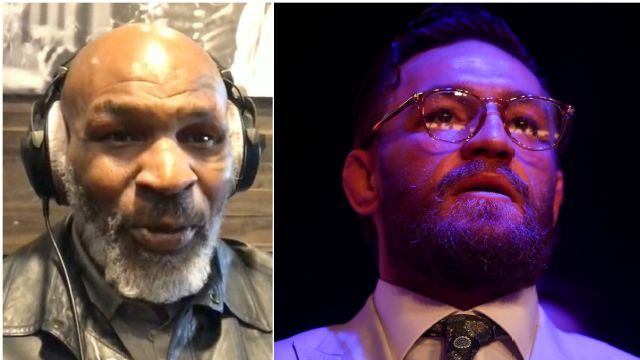 Former heavyweight champ Mike Tyson is well aware that Conor McGregor has had trouble with the law in recent months. Tyson has some experience in that area, and felt compelled to offer McGregor some unsolicited advice Monday.

During an appearance on Ariel Helwani’s ESPN show, Tyson said McGregor needs to look inside himself if McGregor wants to turn his life around.

Fascinating stuff from @MikeTyson today on the show.

Here he is talking about not liking the “old Mike” and his advice to Conor McGregor. pic.twitter.com/b8jCbQuTln

On Friday, McGregor was charged after punching a man in a Dublin pub in April. The incident was captured on video. McGregor has been involved in other illicit incidents throughout his career. He was arrested after stealing and smashing a fan’s phone, sued after an outburst in which he attacked a UFC bus and has been accused of sexual assault.

Tyson has also had run ins with the law. He was arrested for rape in 1991 and was sentenced to six years in prison in 1992. Tyson was released after just a few years in 1995. Tyson was also arrested on DUI and drug charges in 2012.

McGregor’s incident at the Dublin pub took place just a few weeks after he announced his retirement from UFC. Despite rumors that McGregor will eventually get back into the ring, he hasn’t been enticed to return just yet.