Barcelona lacks dynamic, energy and confidence, they wait for Messi to do something, - Arsene Wenger | Eurasia Diary - ednews.net

The loss of the four young men is extremely sad and we share grief of their families – British journalist
Read: 1860

Hubble captured a sculped galaxy that is moving away from us
Read: 444

Barcelona lacks dynamic, energy and confidence, they wait for Messi to do something, - Arsene Wenger 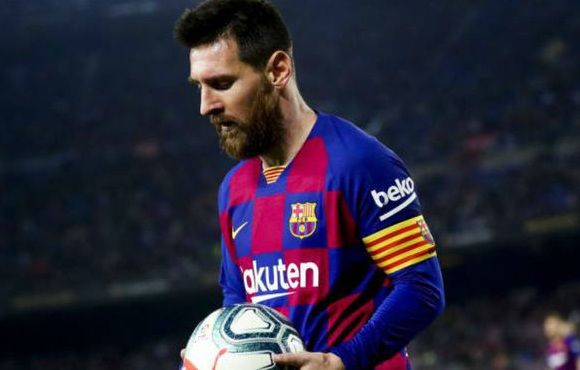 Barcelona rely too heavily on Lionel Messi and are playing 'like a team in crisis', according to former Arsenal boss Arsene Wenger, Eurasia Diary reports citing Goal.com.

The Liga title-holders struggled to a 0-0 Champions League draw against Czech side Slavia Prague at the Camp Nou on Tuesday night, having lost 3-1 to Levante in the league on the weekend.

Wenger believes that despite leading their two main competitions, Barca aren't gelling together as a team and were just waiting for their superstar Messi to create a moment of brilliance.

"Their game is too slow. There is no dynamic in the last 30 metres, it’s too individual.

"Every time they lose the ball, it looks like they will concede a goal on the counter attack because they cannot deal with pace against the opponent... the team lacks dynamic, lacks energy, lacks confidence.

"Today it looks like they play and they wait for Messi to do something, but the basic strengths of the team play is a bit gone.

"And you think, when will Messi get the ball to do something? And before, the music, the basic music, was the fantastic team play, making it difficult to catch the ball, and then on top of that came Messi."