Armenia-Azerbaijan conflict must be resolved on the basis of the territorial integrity of Azerbaijan - President Ilham Aliyev
Read: 253

In 2018, Russia and Japan were closest to signing peace treaty
Read: 211 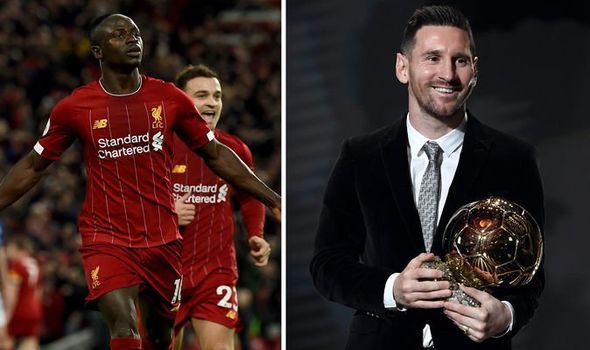 The FC Barcelona forward won the personal accolade for a record sixth time to move one ahead of his great rival Cristiano Ronaldo.

The Champions League holders had five players who finished in the top seven, after Mane, Mohamed Salah and Alisson Becker ended up behind Van Dijk.

Messi nominated Mane for the Ballon d’Or when the contenders were announced earlier this year after the Senegal international’s performances last term.

The 27-year-old netted 22 times in 34 Premier League games as well as finding the net four times in 13 outings in the Champions League.

Messi admitted that his favourite player last season was Mane.

“But I think there have been a lot of great players this year. That’s why it was difficult to choose a particular player.

“But I chose Sadio Mane because he’s a player that I like.

“Mane achieved a great year that was exceptional for the entire Liverpool team. That’s why I chose him. I repeat, there were a lot of very great players this year, so the choice was difficult.”

Mane moved to Liverpool FC in a £27m deal from Southampton in 2016 following Jurgen Klopp’s appointment back in October 2015.

The Liverpool FC number 10 has been a key player for the Merseyside outfit, scoring 72 times in 144 games in all competitions.

Mane was a key part of Liverpool FC’s Champions League success last term after the Reds were 2-0 winners against Tottenham Hotspur in the final.