2020 European Championship may be postponed 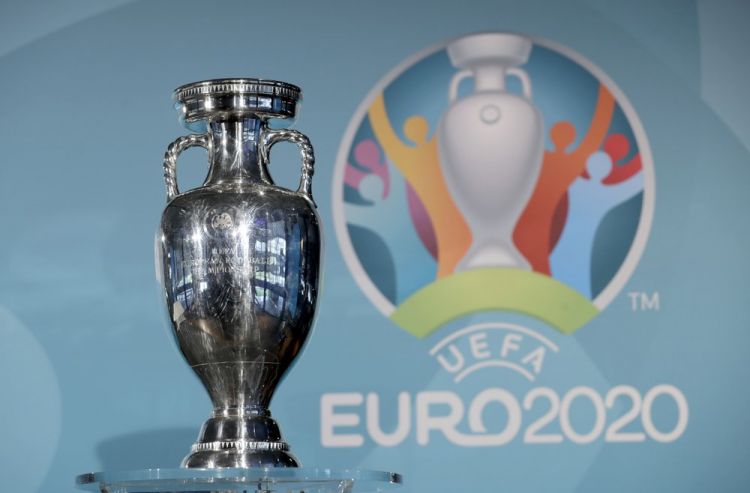 UEFA has begun a day of consultations with European soccer leaders with the postponement of the 2020 European Championship a possibility because of the coronavirus outbreak.

The UEFA executive committee will make decisions after hosting back-to-back video conference calls on Tuesday first with club soccer officials and then with Europe’s 55 national federations.

Euro 2020 is scheduled to start on June 12 and be hosted by 12 different countries from Ireland to Azerbaijan, and Russia to Italy. A one-year postponement became UEFA’s favored option last week. It would clear several weeks in the congested calendar to complete domestic league and cup competitions, plus the Champions League and Europa League.

Still, it is far from clear when the public health crisis could ease enough for European soccer to emerge from its near-total shutdown.

The freeze on games has put broadcasting deals worth hundreds of millions of dollars on hold and could lead to the 2019-20 season being annulled in some competitions.

UEFA’s first call is with leaders of the European Club Association and European Leagues groups, plus the FIFPro players’ union.

Completing domestic league seasons would allow titles to be awarded and decide entries for the next Champions League and Europa League. The first qualifying games are already scheduled for late June.

If resuming the season is possible, UEFA’s options to complete this season include playing the quarterfinals and semifinals as single games instead of over two legs where each team has a home match.

The Champions League final is scheduled for May 30 in Istanbul, but the Turkish city could also be asked host the semifinals in a mini-tournament.

Sixteen of UEFA’s members are involved in the Euro 2020 playoffs, which were scheduled to be played on March 26 and 31. They will decide the last four entries in the 24-nation final tournament.

Postponing Euro 2020, likely for one year, would also create a backlog of national team games in a packed calendar managed by FIFA.

The June 2021 slot is currently occupied by the UEFA Nations League final tournament of four teams, plus the start of FIFA’s inaugural 24-team Club World Cup. It is due to be hosted in China and feature eight European clubs but no broadcasting or sponsor deals have yet been announced.

Qualifying games for the 2022 World Cup in Qatar are also scheduled for June 2021 in most European countries. There is currently no space in the calendar to reschedule all those games, and a reduced qualifying program will likely be considered.

However, any cuts in national team matches will impact member federations’ revenue and centralized broadcasting deals managed by UEFA.