daily news
Azerbaijan, Russia, Armenia working group on Nagorno-Karabakh to hold a meeting on March 1
LeBron James responds to Zlatan Ibrahimovic on politics
Juno mission extended - will now study Jupiter’s moons and rings
Secrets of the Red Planet - Perseverance Rover takes Its first HD panorama of Mars
Ukraine waiting for reaction of partner countries, intl organizations to shelling in Donbas on Feb 26
In the Caspian Region, China is just getting started
Which scenario in Armenia is best for Turkey, Azerbaijan?
Moscow awaits London’s reaction to leaked Reports of manual control of media
﻿ 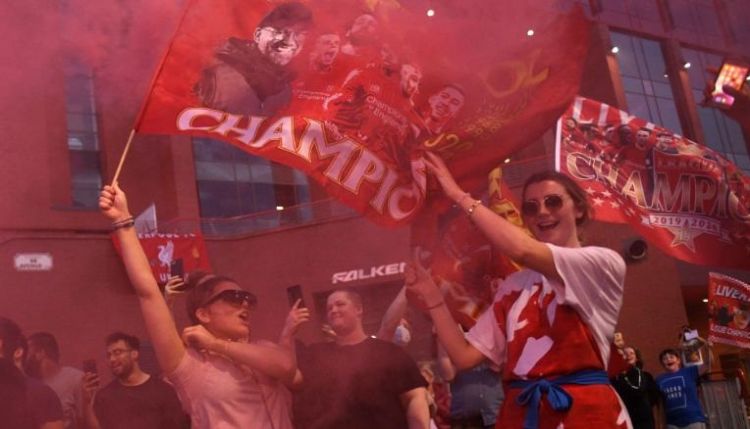 Liverpool has had to wait longer than anyone could have predicted, but the club can once again call itself the best in England, EDNews.net reports citing CNN.

There have been years in the wilderness, a few near-misses and, just when Jurgen Klopp and his men were six points from securing the club's first league title in 30 years, a global pandemic brought this season's procession to a halt.

But the return of football in England earlier this month after a 100-day absence revived a title bid which was only put in doubt when the season was put on pause.

After Liverpool's impressive 4-0 win over Crystal Palace on Wednesday, Manchester City needed to beat Chelsea at Stamford Bridge on Thursday to delay the coronation. But the defending champion's failure to claim three points -- City was beaten 2-1 in London -- ended the wait. Pep Guardiola's team must now pass on the crown.

Liverpool, a team which had previously won 18 league titles but none since 1990, has now won the English Premier League for the first time, taking it to within one title of equaling Manchester United's record of 20 first division titles.

"I have no words. It's unbelievable. Much more than I ever thought would be possible," he said. "Becoming champions with this club is absolutely incredible. It is an incredible achievement of my players ... and a pure joy for me to coach them."