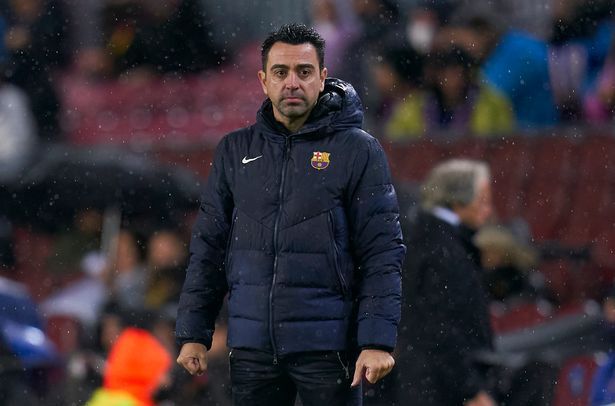 Just as you thought things could not get any worse for Barcelona, Europa League football may well be coming to the Nou Camp in 2022.
Xavi Hernandez 's side face Bayern Munich on Wednesday in a make-or-break match for their hopes of avoiding Europe's second-rate competition and reaching the knockout stages of the Champions League.
And not only would relegation to the Europa leave Barca embarrassed, but in deeper financial trouble.
Having not competed below the Champions League since 2004, the tournament has been a source of trophies and lucrative income for the Catalan club over the past 17 years.
Now Xavi and co could suffer a serious loss which would all but end their hopes of completing a major January transfer.
Marca have pointed out the implications of losing or drawing in Munich and what Barcelona had banked on ahead of the campaign - long before they found themselves just one point above of third-placed Benfica in Group E heading into the final matchday.
In the club's pre-season budgets, the Blaugrana planned on at least making the quarter-finals and collecting the subsequent £17million revenue.
But if Benfica, who host bottom-placed Dynamo Kiev, climb above Barca (who they best on head-to-head) on Wednesday, a deficit will emerge in the La Liga giants' wallet.
Already in masses of debt - the primary reason why they lost Lionel Messi and struggled to register signings in the summer - club president Joan Laporta would be forced to inform Xavi that their hopes of signing Manchester City 's Ferran Torres have been quashed.
Reports recently emerged that Torres had agreed personal terms with Barcelona for a five-year contract, but the Blaugrana have set their price limit at almost half of City's €70million (£59.4m) valuation.
With a move already looking unlikely, Europa League football at the Camp Nou would surely put negotiations firmly on the back-burner, despite the 21-year-old being keen to join Barca.
There could be silver lining to their plight, though, as if Xavi and co win the competition after being demoted, they would bring in a net £12.6million.
Torres has reportedly agreed personal terms with Barcelona
But Xavi, who took over from fellow club icon Ronald Koeman in November, is confident that his young side can conquer Bayern and avoid such a fate.
"The team is capable of going to Munich and winning," the Spaniard stated following their late 1-0 loss to Real Betis on Saturday, who are already eight points above Barcelona in third place.
"That's the objective. We depend on ourselves. We're going to one of the toughest grounds in the world, but we're going there to give everything and to compete."