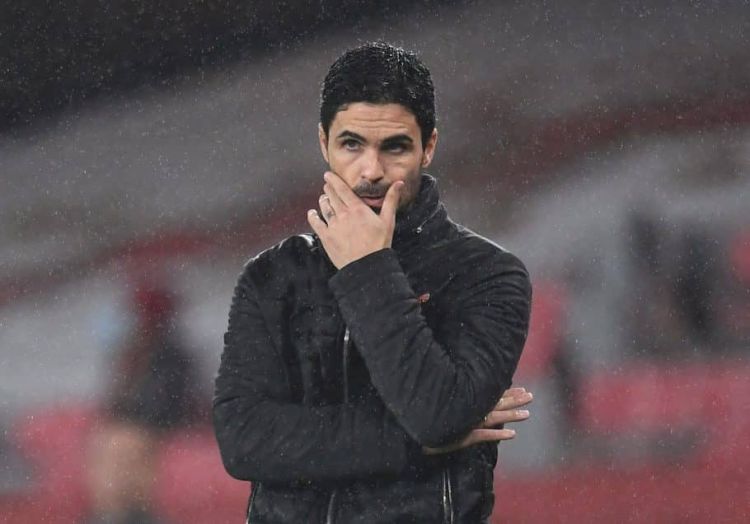 Arsenal have been dealt something of a potential blow on the injury front to compound their wretched start to 2022.
Yet to win this calender year, and out of two competitions in the space of 14 days, it has not been the most encouraging new year for the Gunners.
And now, it has emerged that the injury to defender Takehiro Tomiyasu may have been more severe than first thought, as he has withdrawn from Japan’s squad for the upcoming World Cup Qualifiers.
He was due to join up with the national side to face China and Saudi Arabia, but will instead now remain at London Colney.
The right-back has quickly become a fan favourite in north London, turning in a string of impressive performances. However, he struggled against Liverpool, with manager Mikel Arteta revealing that he was in fact not fully fit to play, and only did so to make up the numbers.
“We didn’t want to play him, we had to push him because Cedric and Callum were out and we didn’t have any full backs”, Arsenal boss Mikel Arteta revealed, before adding:
“The moment that he knew that he knew that he said that he would play. He didn’t have any training sessions with us, and still was willing play and compete the way he has done today. So I am extremely proud and grateful for the players that we have.”
A Midfield crisis too
Tomiyasu’s likely absence from the home tie to bottom of the table Burnley on Sunday adds to a selection headache that Arteta already has in central midfield, where he has one senior option. Both Granit Xhaka and Thomas Partey picked up red cards in the two-legged affair with Liverpool, meaning that they are suspended for this clash.
This leaves just Sambi Lokonga as a recognised midfielder, while youngster Charlie Patino is also an option. And, with Cedric also out, it seems that Calum Chambers will be deployed at right-back rather than filling in at central midfield as he has previously on loans away from the club.
One possible solution is to move Ben White into midfield, but this would disrupt the strong partnership that is brewing between him and Gabriel at the heart of the Gunners defence. Midfield remains a massive cause for concern for Arteta, and could well cost them any top 4 hopes.