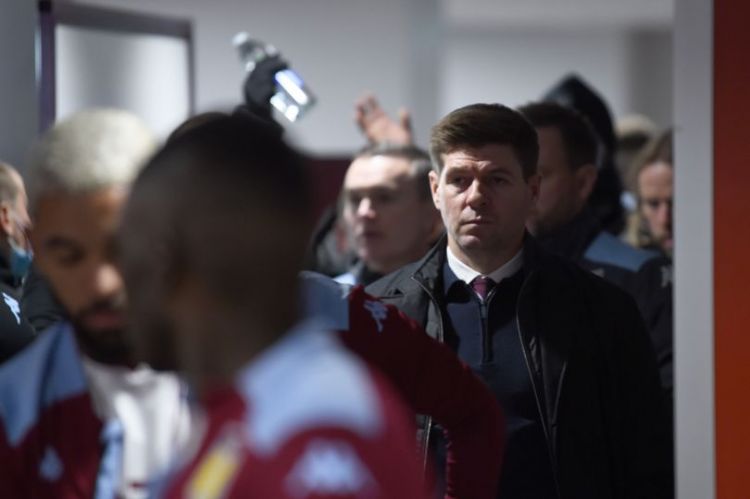 Steven Gerrard has promised Jurgen Klopp and Liverpool that his Aston Villa side will “give it everything” in an attempt to stop Man City from claiming their sixth Premier League title. Gerrard and Villa can gift Liverpool the league should they get a point at the Etihad on Sunday and the Reds manage to beat Wolves at Anfield.
“It would be nice if we can reward our [Villa] supporters with something at the weekend,” Gerrard said. “In terms of Liverpool, I totally understand and respect the external noise and the questions that have been coming my way for some time. They’re involved in a title race, and I spent a lot of time there.
“It is disappointing when people mention integrity and aim it towards me or Aston Villa or any of my players. We’ll go out at the weekend and give it everything we’ve got to try and get points for Aston Villa and our supporters. If that inevitably helps Liverpool, fantastic. But my priority is to try and get points for Aston Villa.”
On the task at hand in an attempt to claim a result against Pep Guardiola’s resurgent City, Gerrard added: “I don’t think anyone finds it easy, they’re at the top of the league for a reason. They’re at the latter stages of the Champions League for a reason. They are there consistently.
“They’ve got world-class players and a top manager, but there is a lot of pressure on them at the weekend. We will go there as best prepared as we can and try to make it as difficult as we can. Why? Because we want to be in a better place than 14th and we need some more points.
“We took City to the death [at Villa Park in December] with pressure and could have nicked a point there. We need to be extremely organised defensively and we need everyone to be all in, in terms of our own organisation and what we give to the game. At the same time, we’re not just going to wait and show no ambition. We need to carry a threat in this game so we’ll prepare the best way we can.”