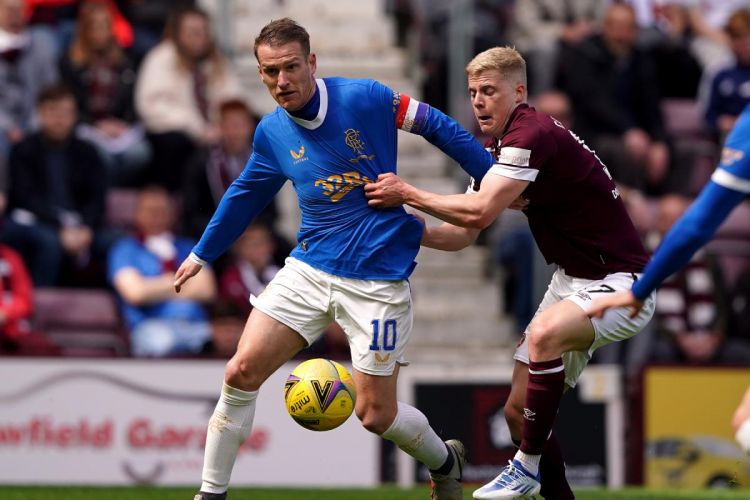 STEVEN DAVIS is set to sign a contract extension at Rangers, according to reports.
It's claimed the 37-year-old Ibrox favourite is "close to agreeing" a one-year deal.
The Northern Ireland midfielder's contract is set to expire in the summer, but it now appears he could commit to another season with Rangers.
The Daily Record report Davis wants to continue playing and has held "very positive discussions" with the club over his future.
Speculation had grown over Davis' future as his current terms slowly ran out.
The composed operator had been linked with moves to Motherwell and St Mirren should he head for the Ibrox exit.
But the new reports suggest he could reject the chance to move club in favour of staying with the Scottish Cup winners for another term.
Quizzed on his future after the Hampden triumph earlier this month, Davis said: "To be honest I really don't know.
"I think we just said we'd speak after this.
"It's been such an emotional week obviously with the European cup final - this doesn't make up for it because it was a real good opportunity for us but we're delighted to win this - then Jimmy Bell's funeral yesterday.
"It has been a really emotional week and I'm delighted we could finish on a high.
"We'll sit down next week or so and see where everything sits."