Coalition begins pulling out troops, a US military spokesperson says, without elaborating on locations or timetables. 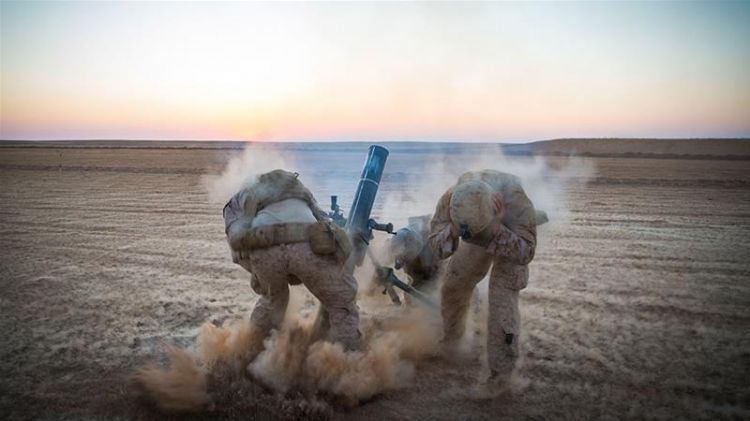 The United States-led coalition against the Islamic State of Iraq and the Levant (ISIL, also known as ISIS) has started the process of withdrawing from Syria, its spokesperson has said.

The coalition "has begun the process of our deliberate withdrawal from Syria", Colonel Sean Ryan said on Friday. "Out of concern for operational security, we will not discuss specific timelines, locations or troop movements."

The Syrian Observatory for Human Rights reported that the coalition had started scaling down its presence at Rmeilan airfield in the northeastern province of Hasakeh.

"On Thursday, some American forces withdrew from the Rmeilan military base in Hasakeh province," said Rami Abdel Rahman, head of the Britain-based monitoring organisation.

"This is the first such pullout of American forces since the US president's announcement" of a full troop withdrawal from Syria last month, he said.

The withdrawal of troops also coincided with a trip to the Middle East by US Secretary of State Mike Pompeo to reassure allies about the US plans to withdraw troops from Syria.

In his keynote speech at the American University in Cairo on Thursday, Pompeo described the US as a "force for good" and said it remained committed to the "complete dismantling" of the threat posed by the ISIL group.

The US-led coalition, which includes countries such as France and Britain, was formed in mid-2014 to counter ISIL's expansion after it proclaimed its self-styled "caliphate".

The coalition supported the Kurdish-led Syrian Democratic Forces (SDF) in the fight against the ISIL.

Last month, US President Donald Trump said he had ordered the withdrawal of all US forces in Syria, which are believed to number around 2,000.

Trump said the ISIL had been completely defeated and that the US troops could therefore come home.

His announcement, which came after a phone call with Turkish President Recep Tayyip Erdogan, was criticised even within his own camp and is already having major repercussions on the nearly eight-year-old conflict.

Washington's Kurdish allies in northern Syria fear the withdrawal will open the way for Turkey to mount a long-threatened offensive against their area.

Turkey, which views the dominant Syrian Kurdish groups as a national security threat, indicated it may attack Syria.

On Thursday, Turkish Foreign Minister Mevlut Cavusoglu said Ankara will go ahead with an offensive against Syrian Kurdish fighters in Syria if the US delays the withdrawal of its troops.

US National Security Adviser John Bolton suggested on Tuesday that protecting the Kurds would be a pre-condition of the US withdrawal, drawing a rebuke from Erdogan who called his comments "a serious mistake".