India is ready to abandon the Su-57 and focus on buying the American F-35s
Read: 339

Thousands of people wearing red scarves have marched through Paris to denounce rioting and vandalism during recent "yellow vest" protests. The anti-government movement has grown since its first rally 11 weeks ago. 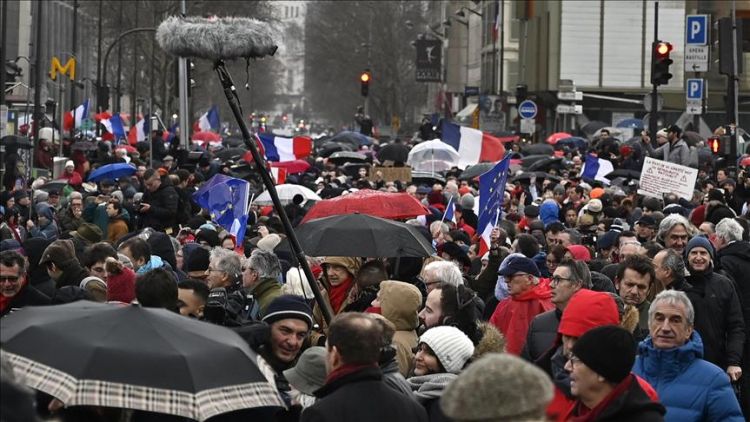 More than 10,000 counterdemonstrators gathered in the French capital on Sunday to condemn acts of violence by members of the "yellow vest" movement.

Thousands of people took to the streets in Paris on Sunday to protest weeks of anti-government demonstrations by the Yellow Vests movement, Anadolu Agency reports.

The group -- called itself the Red Scarves -- gathered in Nation Square in Paris and marched to Bastille Square, chanting “enough” and “end the violence”.

Laurent Soulie, a 51-year-old aeronautics engineer, told reporters on behalf of the group that the anger of the Yellow Vests was understood and legitimate, however, the violence during the protests was unacceptable.

Sunday's rival demonstration advanced peacefully in the rain through eastern Paris to the Bastille monument. Many in the crowd wore red scarves and brandished signs with slogans like "Stop the violence" and "Hands off my Republic."

Around 2,000 people have been injured in 11 weeks of yellow vest marches, while 10 have died in road incidents related to protest blockades, Deutsch Welle reports.

The latest yellow vest protest on Saturday was attended by some 69,000 people nationwide, a lower turnout than in previous weeks, according to the French Interior Ministry. About 4,000 were in Paris, where protesters clashed with police.