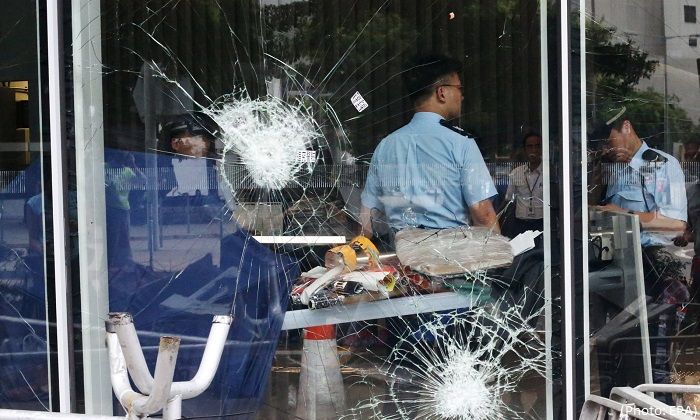 Chinese state media has called for “zero tolerance” of protesters in Hong Kong who stormed the city’s Legislative Council building on Monday amid a worsening standoff between protesters and authorities.

An uneasy calm has descended the city this morning as a cleanup operation began in the wake of the violent clashes which were led by activists angry at the government’s attempts to introduce a controversial extradition bill with China.

Workers swept up broken glass and cleared away debris left by demonstrators who broke away from a larger march held to mark the anniversary of the Chinese handover 22 years ago. Hong Kong chief executive Carrie Lam condemned the “extremely violent” storming of the legislature, which she described as “heartbreaking and shocking”.

But Hong Kongers will now wait for a reaction from Beijing where the Global Times newspaper said that “a zero-tolerance policy is the only remedy for such destructive behaviour witnessed”. State television said the protests were an “undisguised challenge” to the one country, two systems formula under which the city is ruled. Our foreign affairs commentator Simon Tisdall says the unrest is a personal challenge to Chinese leader Xi Jinping.