Egyptian Foreign Minister Sameh Shoukry and his Finnish counterpart Pekka Haavisto, who is also the European Union special representative for Sudan, agreed on the importance of retaining stability in Sudan during the transitional period. 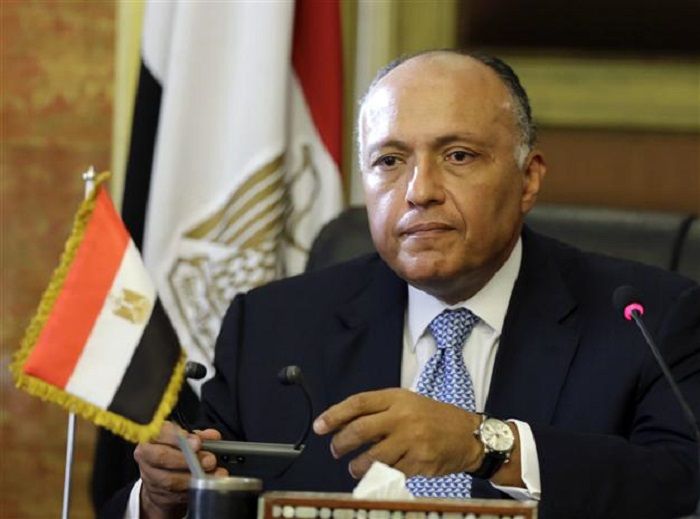 Egyptian Foreign Minister Sameh Shoukry and his Finnish counterpart Pekka Haavisto, who is also the European Union special representative for Sudan, agreed on the importance of retaining stability in Sudan during the transitional period.

The two officials met in Cairo Tuesday on regional developments, particularly Sudan, said a statement after their talks.

Haavisto added that his tour of the region includes Saudi Arabia and the United Arab Emirates where he will meet with officials to discuss Sudan.

He stressed the importance of maintaining Sudan's stability during the current phase, expressing the EU's readiness to play a role in this respect, calling for encouraging foreign investment in the country.

Shoukry urged joining efforts of regional and neighboring countries, as well as the European Union, to assist the Sudanese in reaching an agreement during the transitional phase.

He hailed Egypt’s efforts in this regard and its support to the choices of the Sudanese people given the historic ties between their countries.

They tackled the latest developments in Sudan and the negotiations between its parties to hammer out an agreement on the political transition process in the country, as well as means to bolster the regional and international support to Sudan.

Possible ways to support Sudan include removing it from the state sponsors of terrorism list, providing it with economic aid, normalizing its relations with the international financial institutions and exempting it from foreign debts.