Azerbaijan has right to use its armed forces to take back its legally acknowledged territory - British journalist
Read: 5851 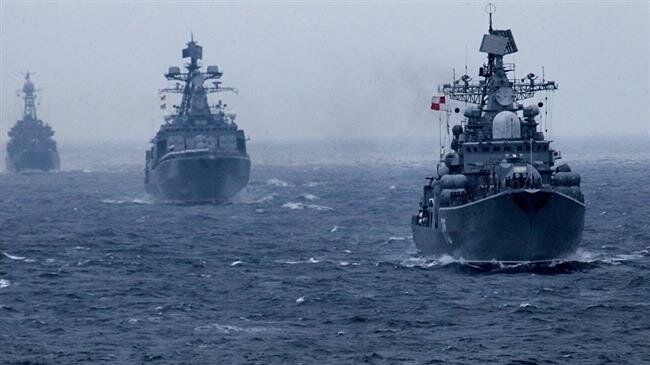 Defense chiefs of Russia and Venezuela have signed an agreement overseeing visits by warships of both nations to each other’s ports amid persistent US efforts to undermine the government in Caracas.
The military agreement was signed in Moscow on Thursday between Russian Defense Minister, Sergei Shoigu, and his visiting Venezuelan counterpart, Vladimir Padrino Lopez, the Interfax news agency reported.
The development came nearly a week after Venezuelan President, Nicolas Maduro, vowed during a rally in the nation’s capital of Caracas that the country is ready to resist and “defeat” what he referred to as Washington’s “imperialist blockade” against the Central American nation, in its bid to topple his government and install the US-backed opposition figure, Juan Guaido, as president.
"Venezuela is prepared to resist, and it is prepared to advance and defeat the imperialist blockade of the racist government of [US President] Donald Trump. We are ready for battle," Maduro said last Saturday as he remains defiant in the face of growing US pressure on his government. Maduro further described Guaido, who has been recognized by many Western governments as the legitimate president of Venezuela, as a "traitor," insisting that "justice sometimes is late, but it comes."
His remarks followed repeated rounds of sanctions against his government, deteriorating Venezuela's already collapsing economy but still failing to dislodge him from power or prompt the nation’s military authorities to turn against him.
The Trump administration has also illegally confiscated Venezuela’s state oil assets based in the US and channeled them to Guaido-led opposition forces.
This is while Washington has repeatedly demanded that Moscow withdraw its support for Maduro. Russia, however, has rejected the request, insisting that the US was attempting to instigate a coup against the Venezuelan president in defiance of international law.
The US also threatened Russia with new sanctions last month over its support for Maduro, shortly after announcing punitive measures against several individuals and groups for their involvement in an emergency food program. The White House’s point man for Venezuela, Elliott Abrams, said the new sanctions against Moscow would be announced on July 25th.
"The pressure will continue,” he said at the time. "On Russia, we are still thinking about what sanctions to apply, individual or sartorial.”
Abrams further claimed that the pressure has had a "fairly dramatic" effect on Caracas.