Russian fighter jet shot down two additional US drones near Khmeimim air base in Syria
Read: 1582

Russia plans to expand its military bases in Syria
Read: 662 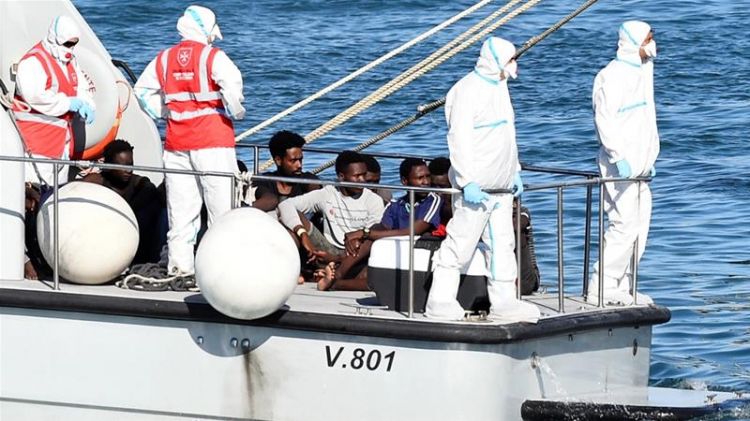 Italy's far right interior minister has let dozens of unaccompanied minors leave a refugee rescue carrying more than a hundred migrants after the boat spent more than two weeks waiting for a port to disembark in.
The 27 children could leave the Open Arms ship despite it being "contrary to my policy", Matteo Salvini said in a statement on Saturday.
But the remaining 105 adults and two accompanied children must stay on the ship operated by the Spanish aid group, he said.
"Evacuation of unaccompanied minors completed," Open Arms tweeted after the Italian coastguard collected the children and took them to Lampedusa port.
"Many tears. They've left friends and travel companions," it added.

Salvini said he was agreeing to let the children disembark on Prime Minister Guiseppe Conte's insistence.
"Permission to disembark for these people is the sole responsibility of Conte," Salvini said, arguing that "the great majority of Italians" shared his own hard-line stance in closing Italy's ports to refugee and migrant rescue ships.
The standoff laid bare the split between Salvini's anti-migrant League and the 5-Star Movement, which together govern Italy. Salvini, who is also deputy prime minister, is seeking to end Conte's populist coalition with a no-confidence vote and early election that he hopes would make him prime minister.
In an open letter on Thursday, Conte accused Salvini of disloyalty and of using immigration for political gain. He said France, Germany, Romania, Portugal, Spain and Luxembourg had agreed to take in the rescued people.
Security risk
Amid the standoff, the director of Open Arms warned that tensions were rising on the vessel and fights were breaking out between the asylum seekers who had been rescued after leaving chaos-stricken Libya.
Oscar Camps warned European leaders that as of Saturday "we cannot be responsible nor guarantee the security of the people on board Open Arms".
But Salvini tweeted that if the ship had gone to Spain instead of Italy 16 days ago "you would already have been home".
"The NGOs' battle is political and certainly not humanitarian, played out using the lives of migrants," he said.
Salvini rose to popularity on a hard-line anti-migrant stance and has repeatedly faced off with ships carrying rescued migrants.
Earlier this month, he signed a decree banning the Open Arms from Italian waters, saying it was to protect public order.
But the group appealed to the administrative court which on Wednesday suspended his decree.
Salvini then signed a new order blocking the ship, but Italy's Defence Minister Elisabetta Trenta blocked it as an act of "conscience".
As the row continued, Open Arms filed a formal complaint with prosecutors in Sicily alleging that both the migrants and the crew were being held hostage.
Salvini and other ministers have been investigated in the past for alleged kidnapping stemming from previous standoffs, but no charges have ever been brought.
The dispute over the Open Arms came as another humanitarian rescue boat, the Ocean Viking, maintained its course off Italy with 356 migrants aboard and no port to disembark.
The Norwegian vessel had plucked the migrants to safety in several rescues in the past few days and is operated by two humanitarian groups, Doctors Without Borders and SOS Mediterranee.