III ANIMAFILM ANNOUNCES THE PARTICIPANTS OF THE COMPETITION PROGRAM
Read: 346

President Erdogan - "The safe zone extends to the Iraqi border" 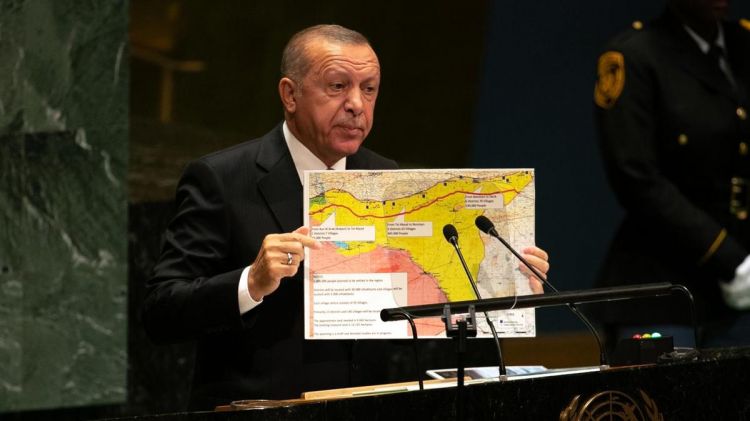 The Turkish President ,Recep Tayyip Erdogan reaffirmed the continuation of Spring of Peace operation east of Euphrates region and secured it from Manbij city in Aleppo countryside to the Turkish-Iraqi border.
"In a short period we will secure the area from Manbij to the beginning of our border with Iraq, to ​​ensure the voluntary return of one million Syrians to their homes in the first phase and two million Syrians in the second phase," Erdogan said at the 7th summit of the Turkish Council today.
Erdogan added that Turkey will continue its military operation without delay, until cleared of "terrorists", pointing out that the "spring of peace" operation has cleared an area of ​​1,000 square kilometers of the "PKK," as he put it.
Turkey has launched a military operation alongside the Syrian National Army under the name of the spring of peace against the YPG east of Euphrates region.