A confession of Armenian General - I was plotter, murderer and criminal | Eurasia Diary - ednews.net

A confession of Armenian General - I was plotter, murderer and criminal 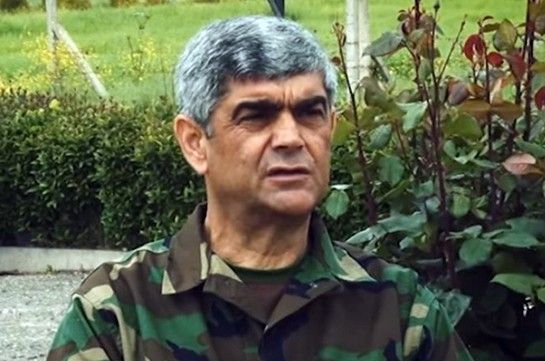 The former secretary of the national security council of so-called Nagorno Karabakh Vitali Balasanyan admitted the crimes he committed to Azerbaijanis.
In his interview to news.am he stated that he was a murderer of a young Azerbaijani national on 22 February 1988.
"I was a plotter, murderer and a criminal. I confess it. The court led the investigations by 1991 and the copy of files still saved at the Attorney General office," he said.
"Herein, you can even add my criminal acts since 1991. Why I shun from the facts? Even if I had left Karabakh in 1988, I would be remained in history with a number of criminal cases. You can ask Andranik Kocharyan of which military rank I was holding as well as adding criminal acts that I committed in 1991-1994 years," he added.
Further to the facts, two Azerbaijani students were raped at the hospotal near Khankendi a day after "miatsum" on the 20th February 1988. The consequence of it turned to be incident between Azerbaijanis and Armenians and grew up to firing, which took lives of two young Azerbaijanis.
translated by Elnur ENVEROGLU