2750 tonnes of ammonium nitrate stored at Beirut warehouse at centre of explosion
Read: 672

Leader of a major party suggests prime minister should resign as thousands take to the streets across the country. 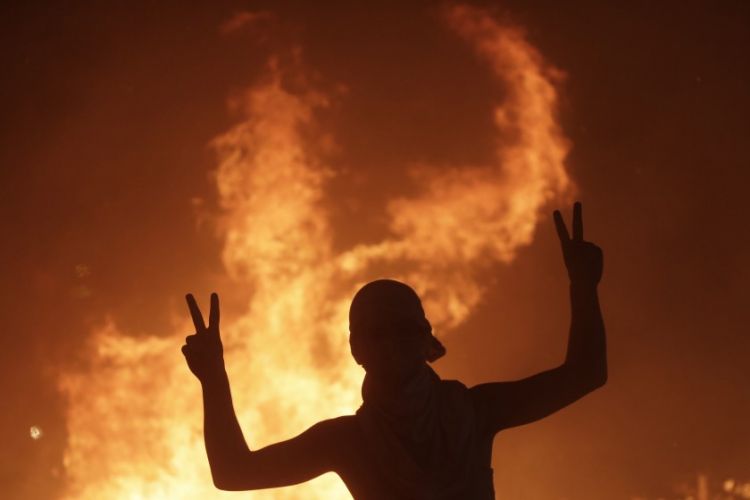 Thousands of Lebanese took to the streets in towns and cities across the country on Thursday, in the biggest protests in years, following the government's announcement to introduce new taxes.

The intensity of the protests brought into question whether the government, appointed less than a year ago, would survive.

One of the country's main politicians, Progressive Socialist Party leader Walid Jumblatt, told a local news channel that he had called Prime Minister Saad Hariri and told him they were "in a big predicament".

"I would prefer if we resign together," he told Hariri.

Interior Minister Raya El Hasan warned that the country itself could collapse if the government falls.

The protests come amid a worsening economic and financial crisis in Lebanon that many blame on the small number of sectarian politicians who have ruled the country since its 15-year civil war came to an end in 1990.

They also come just two days after the worst forest fires in more than a decade, causing outrage among citizens who blamed the government's shortcomings for the scale of the damage.

As the ground still smouldered across much of the country, Lebanon's Cabinet agreed on Wednesday to impose a $0.20 fee on WhatsApp calls per day, and was debating a hike in the value added tax from 11 to 15 percent.

"It was the last straw," 41-year-old Rami told Al Jazeera, as men threw wood ripped from a nearby construction site onto a bonfire in the middle of the capital's main thoroughfare. "The people were already at the edge barely holding on. The WhatsApp issue broke whatever they were still holding on to."

Protesters were also outraged when bodyguards accompanying Education Minister Akram Chehayeb shot into the air with assault rifles earlier in the evening, a move Chehayeb later said was "necessary."

As people filled the streets, Telecoms Minister Mohammed Choucair announced the reversal of the WhatsApp decision based on a request by the prime minister.

But it was too little, too late.

The country ground to a standstill, with demonstrations from Tripoli and Jbeil in the north to Baalbeck and Taalabaya in the eastern Bekaa Valley and Nabatieh and Tyre in the south.

In Nabatieh, hundreds of men headed to the homes of local parliament members, including Yassine Jaber and Hani Qobeissi of the Amal Movement - headed by Parliament Speaker Nabih Berri - and the leader of Hezbollah's parliamentary bloc, Mohammad Raad.

"Speaker Berri's appetite hasn't been satisfied in 30 years," one man, who identified himself as a father of two, told reporters in Nabatieh.

Many were in the streets for the first time.

"We always used to follow on Facebook and social media, but now we're really fed up," Mohammad al-Mubayed told Al Jazeera, standing behind his wife, Sara in Beirut's Riad al-Solh Square near parliament.

"We saw people were in the streets and felt that we just couldn't stay home."

Similarly, 16-year-old protester Fatima had never been to the streets before, and was only 12 when the last big rallies erupted in the capital in 2015 over politicians' mismanagement of solid waste.

Like many Lebanese who leave the country in search of better opportunities, Fatima and her family have been trying for years to head to Europe, but have been unsuccessful.

Now, she said the protests had reinvigorated her. "I feel like I can do something here," she said.