Putin and Macron discussed the situation in Northeast Syria and Ukraine in a telephone conversation | Eurasia Diary - ednews.net

Demarcation and delimitation of borders between Azerbaijan and Armenia is coming to end soon - Azerbaijani official
Read: 167 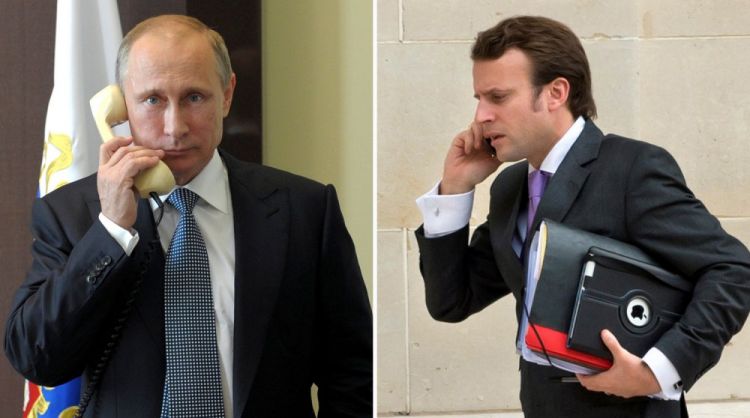 The presidents of Russia and France, Vladimir Putin and Emmanuel Macron, discussed the situation in Northeast Syria and Ukraine in a telephone conversation, Reuters, TASS and BTA reported. The conversation took place on the initiative of the French side before the visit of Turkish President Recep Tayyip Erdogan to Russia, where he will meet with Vladimir Putin.
The two presidents have said that the sovereignty and territorial integrity of Syria must be respected, the Kremlin said in a statement. Macron said it was important to prolong the ceasefire in Northeast Syria and expressed his expectation that tensions there could be resolved through diplomacy.
Last week, the United States announced that Turkey would suspend its attack in northeast Syria for five days. Putin has informed Macron of the efforts Russia is making to stabilize the situation in Northeast Syria.
Putin and Macron also stressed that the only agreements to resolve the crisis in Ukraine remained the Minsk Agreements and discussed the possibility of a new meeting in the Normandy Four format (France, Germany, Russia and Ukraine). [novinite]