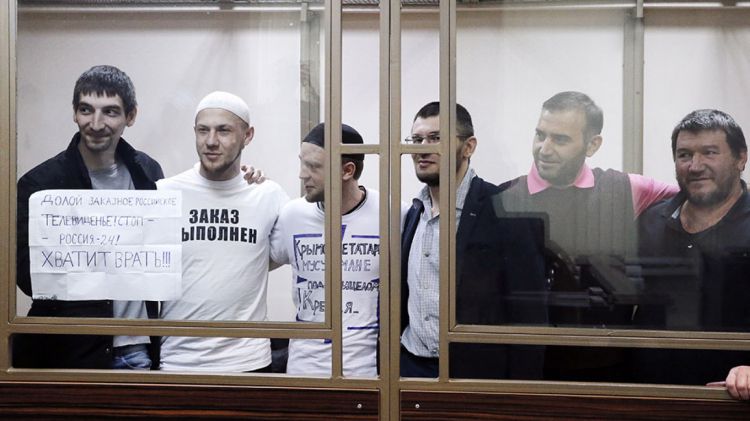 The United States condemns Russian court’s sentencing of six Crimean Tatars and calls for their immediate release, Eurasia Diary reports citing Ukinfo.
“We strongly condemn the politically motivated sentencing of six Crimean Tatars to heavy prison terms. We call on Russia to release these six individuals and all other Ukrainian political prisoners immediately,” the U.S. Embassy in Kyiv posted on Twitter.
As reported, on November 12, the Southern District Military Court in Rostov-on-Don sentenced six defendants in Yalta’s Hizb ut-Tahrir case to imprisonment in a penal colony. According to the court's ruling, Muslim Aliyev was sentenced to 19 years in prison, Inver Bekirov — to 18 years, Emir-Usein Kuku — 12 years, Vadym Siruk — 12 years, Arsen Dzhepparov — 7 years, and Refat Alimov — 8 years. They will serve their sentences in a maximum security penal colony.
Muslims are persecuted in the occupied Crimea, being accused of belonging to the Hizb ut-Tahrir organization prohibited in the Russian Federation. In total, about 70 people have been arrested in annexed Crimea on suspicion of involvement in the organization. Some of them have already been convicted.