Children at risk of ‘new threats’ like climate change - UNICEF 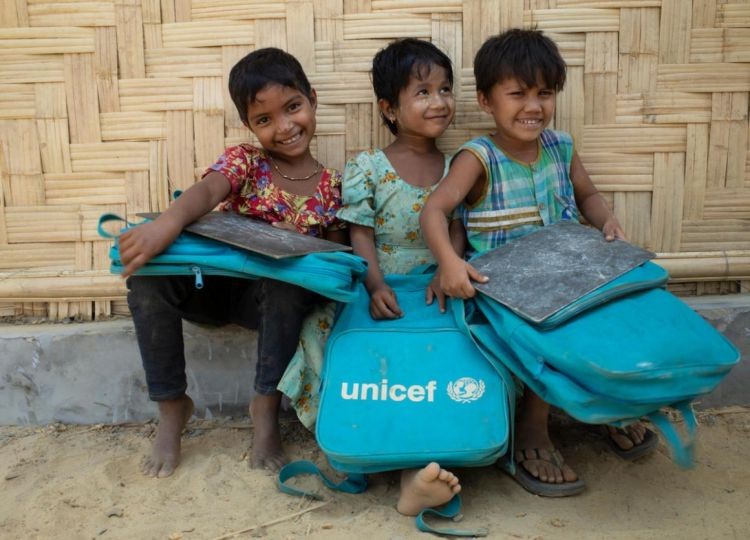 Despite big strides in improving the lives of children since 1989, many of the world’s poorest are being left behind, the United Nations children’s fund UNICEF warned Monday, Eurasia Diary reports app of Pakistan.
In a report marking the 30th anniversary of the UN Convention on the Rights of the Child, UNICEF said poverty and marginalization continued to put the well-being of millions of young people at risk.
Henrietta Fore, UNICEF Executive Director, noted that while increasing numbers of children are living longer, better and healthier lives, the odds continue to be stacked against the poorest and most vulnerable.
“In addition to the persistent challenges of health, nutrition and education, children today have to contend with new threats like climate change, online abuse and cyberbullying,” she said.
“Only with innovation, new technologies, political will and increased resources will we help translate the vision of the Convention on the Rights of the Child into a reality for all children everywhere.”
According to the report, the global mortality rate for children under five has fallen by about 60% over the past 30 years.
More children today also have access to primary education — the proportion of kids who don’t attend school has dropped from 18% to 8%. But the report warned that progress has stagnated, with little change since 2007.
“There have been impressive gains for children over the past three decades, as more and more are living longer, better and healthier lives. However, the odds continue to be stacked against the poorest and most vulnerable,” Fore said.
Under-fives from the poorest households are twice as likely to die from preventable causes than children from the richest households, the report said.
Although more children are immunized than ever before, vaccination rates have slowed over the past decade, contributing to a resurgence of diseases in some countries. Only half of poor children in sub-Saharan Africa are vaccinated against measles, for example.
Some girls are now more at risk of a child marriage than they would have been in 1989.
The report also stressed that children are most at risk of the impacts of climate change, such as extreme weather and food and water insecurity.
UNICEF will use the coming 12 months to promote an inclusive global dialogue aimed at making the promise of the convention a reality for all children.
As Fore, the UNICEF chief, stated: “The Convention stands at a crossroads between its illustrious past and its future potential. It is up to us to recommit, take decisive steps and hold ourselves accountable.”