Turkey plans to finish most part of repatriation of IS detainees by end of this year | Eurasia Diary - ednews.net 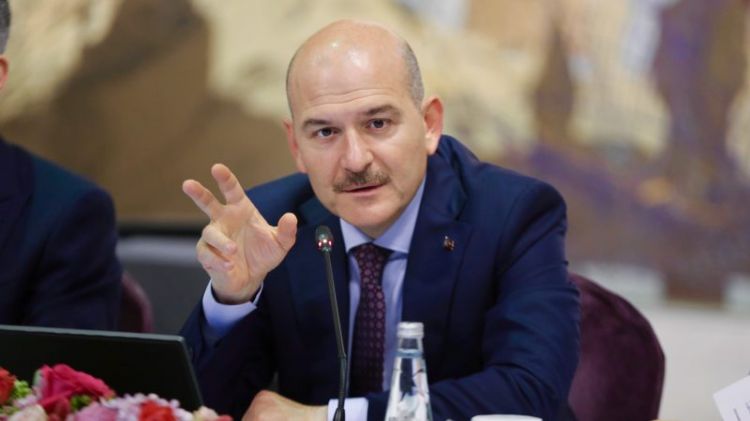 Turkey will have repatriated most of its Islamic State detainees to their home countries by the end of the year, Interior Minister Suleyman Soylu said on Tuesday (19 November), a week after Turkish authorities began the repatriation programme, Eurasia Diary reports citing Euractiv.

Ankara says it has captured 287 militants in northeast Syria, where Turkish troops launched an offensive against the Kurdish YPG militia last month, and has hundreds more jihadist suspects in detention.

Turkey said on Monday (11 November) it had deported two captives from Islamic State, a German and an American, starting a programme to repatriate detainees that has caused friction with its NATO allies since it launched an offensive in northern Syria.

Speaking to Reuters in Ankara, Soylu said Turkey was aiming to send six or seven more Islamic State suspects this week to their home countries, including Ireland and the Netherlands. Turkish officials were in touch with counterparts there.

“The number of detainees to be repatriated by the year-end depends on how long the processes take, but especially for Europe, the process is under way,” Soylu said.

“I think we will have sent a large part of them to their countries by the end of the year,” he said, adding that certain countries that revoked the citizenships of their nationals were violating international law.

“They do not have the right to leave their citizens without a nationality. They have no such right,” he said. “This is why we held evaluations with certain countries on this, and they are taking them back.”

Turkey has repatriation and extradition agreements with the countries concerned but informs them before sending detainees back.

Two Islamic State mothers, aged 23 and 25, were detained at Amsterdam Schiphol Airport Tuesday evening after being deported from Turkey, Dutch prosecutors said. They are suspected of membership in a terrorist organisation.

The women, who were travelling with two children aged 3 and 4, will be brought before a judge on Friday.

Turkey has accused its European allies of being too slow to take back their citizens who had travelled to the Middle East to join Islamic State. Meanwhile, European countries are trying to speed up a plan to move thousands of jihadists out of Syrian prisons and into Iraq.

Turkey’s European NATO allies have been worried that last month’s offensive into northeastern Syria could lead to Islamic State suspects and their families escaping from the prisons and camps run by the YPG.

Ankara, which views the YPG as a terrorist group linked to Kurdish insurgents on its own soil, has dismissed the concerns, saying the militia had vacated some of the prisons and allowed around 800 jihadists to escape.

So far Turkey has repatriated 10 German nationals, one US citizen, and one British suspected fighter. Ankara has said that suspects will still be deported to Ireland, France and other mostly European nations in the coming days.